Davis Law Group, P.S. founder and principal personal injury lawyer Christopher Davis was featured on KIRO 7 news Tuesday evening, where he shared his expert legal commentary on a pending lawsuit that an injured man is planning to file against the City of Seattle and Mayor Mike McGinn.

On July 18, Joey Crudo was working his normal shift as a security guard at the Seaboard Building condos near Westlake Center in Downtown Seattle. While on duty, Crudo noticed that a group of people appeared to be attempting to distract an unidentified man so that they could steal from his backpack.

In an attempt to alert the unsuspecting man of the group’s intentions to steal from him, Crudo yelled out a warning to the man. According to news reports, that’s when the group of people allegedly turned on Crudo, who was severely beaten and left unconscious at the scene. He was rushed to Harborview Medical Center in Seattle to be treated for his serious injuries, and he continues to recover from those injuries. 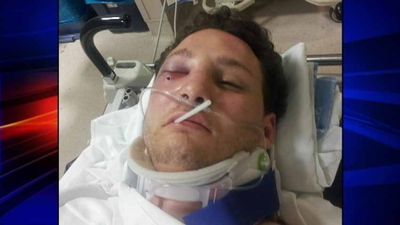 Crudo claims that just a few weeks before the attack happened, he met with officials from the Seattle Police Department (SPD) in order to voice concerns about the level of safety associated with the area he regularly works in. Crudo told police that there should be more officers patrolling the area and that it was not a safe place for the people in the community, but he says they didn’t make any changes and he was attacked just a couple of weeks later.

KIRO 7 wanted to know whether the case had any merit, so we took it to Seattle attorney Chris Davis, who has sued local and state governments many times. Davis agreed that Crudo's case will get attention but said it will most likely not win if it goes to court, because the government cannot be responsible for criminal acts unless those criminals are on some sort of community supervision or parole. "I sympathize with victims of crime," Davis told Clancy. "But the law is clear that our government, our city, our county is not the guarantor of safety among its citizenry from criminals. That's not the law. Never has been."