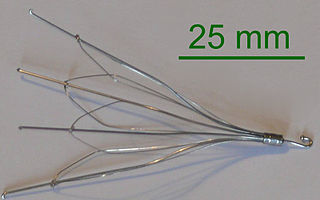 The Inferior Vena Cava (IVC) is the largest vein in the body. The main function of the vein is to transport deoxygenated blood to the right side of the heart. An IVC filter is a cone like device that is placed in the Vena Cana to prevent blood clots from reaching the lungs and the heart. The device provides patients who cannot use blood thinners like Pardaxa and Warfarin with an anti-clogging option.

Recently, patients who have received an IVC filter have reported experiencing serious side effects and other illnesses or injuries as a result of the products' defects. Some of the more common types of injuries and illnesses patients have reported include, but are not necessarily limited to:

Below is a timeline of the brief history of IVC filters in the United States:

Of all the cases analyzed in the study, 328 of the reports involved IVC filter migration. There were 146 reports stating that parts of the Filter detached, 70 reported that there was perforation to the Inferior Vena Cava, and 56 of the reports had to do with the IVC becoming fractured but not fully breaking.

In a follow up of a 2 trial that was published in the Circulation Science Journal researcher found that patients  with proximal  Deep Vein Thrombosis (bleeding in the veins) who used IVC filters were able to decrease their risks of Pulmonary Embolism (blockage in a lung or arteries) and  increase the risks of DVT.

In another study of 952 patients that was published in the Journal of The Medical Association researchers found that IVC filters for Venous Thromboembolism Treatment (VTE) and Prophylaxis (health preservation and diseases prevention) combined with low retrieval rate and inconsistent use of anticoagulant therapy, results in complications like mechanical filter failure and high rates of (VTE).

If you or a loved one has suffered from any of the injuries or medical conditions mentioned above after receiving an IVC filter implant, it may be in your best interests to consult with an experienced law firm who is actively representing innocent victims who have been injured by these devices.

We are currently investigating and preparing multiple IVC filter claims for a possible lawsuit and will review your case for free to see if you may be eligible for financial compensation. Call the top-rated personal injury lawyers at Davis Law Group at (206)727-4000 to learn about your legal options and schedule a free and confidential consultation. Our experienced award winning attorneys have handled a variety of defective medical device claims and can get you the compensation that you deserve.