NOTE: The names of the victim and the dog owners have been withheld to protect their privacy as they were patients of the hospital.  See court filings below.

On May 24, 2019, Davis Law Group filed a dog bite lawsuit in King County civil court (19-2-13986-2-SEA) against Schick Shadel Hospital on behalf of a man that was attacked by a dog while a patient at the hospital.

Schick Shadel Hospital has a stated policy of not allowing dogs onto the property without first requiring the dog owner to check-in and receive permission from hospital staff.  The policy requires staff to determine or discover if a dog brought onto the premises had a prior history of aggression and/or dangerous tendencies.

On April 9, 2017, Plaintiff was an admitted patient and resident at the Schick Shadel Hospital located in Burien, Washington.  At approximately 5:45 p.m. the defendant dog owner was on the outside deck that is part of the Schick Shadel Hospital grounds.  He was visited by his wife who had brought their 98 pound, 4 ½ year old pit bull/mastiff mixed dog named Bismarck.  Bismarck had a prior history of aggressive behavior and tendencies. 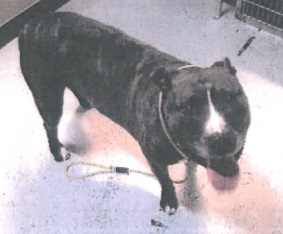 Defendant Schick Shadel Hospital violated its own policies and procedures by allowing Bismarck to enter onto the hospital grounds without first determining whether the dog was safe or potentially dangerous to other residents and patients.

Plaintiff entered onto the deck area and engaged in conversation with the dog owner.  The dog owner did not warn or notify the Plaintiff that Bismarck was aggressive or potentially dangerous, or that the dog had a prior history of biting or attempting to bite other people.

Without warning or provocation, Bismarck suddenly lunged at and toward Plaintiff, biting him on the throat. Bismarck wrapped his jaw and teeth around the victim’s throat and refused to let go.  The victim and Bismarck struggled while the dog shook its head back and forth.

A Schick Shadel employee called 911.  Police reports indicate that the dog had bitten the victim in the jugular.  When Burien Animal Control seized the dog they noted that large amounts of blood were on the sides of the dog’s mouth and around his lips.

The victim was transported by ambulance to Highline Medical Center where he was treated for severe blood loss and deep lacerations to the neck and left side of his jaw which required numerous stitches.  He suffered serious swelling and pain due to an infection that developed in his neck and face.  Physicians performed emergency surgery to address a dozen or more deep wounds on his neck that were deep enough to damage nerves, glands and bone.  The victim suffered injuries to the neck and jaw and permanent damage to his facial nerves which required months of treatment.

To date the victim has incurred nearly $100,000 in medical bills as well as tens of thousands of dollars in lost wages and other damages. The victim will require additional medical and scar revision treatment in the future.