The area of I-5 between mile markers 242 and 250 is particularly curved and heavily forested, perhaps moreso than any other area in Washington. It's a unique stretch of busy freeway with shorter sight lines, creating a dangerous situation for first responders who might be pulled over to the shoulder or even in the middle of the roadway in one of these blind spots.

The firefighter we spoke with has had too many close calls to count. He knows very well the differences in sound made by vehicle tires when traveling on pavement versus over "turtles" - the raised rounded bumps that are often used as lane lines. Because of that, he was inspired to start work on an intiative to install signage that would warn drivers that there were first responders in the area and have them slow down and move over ahead of time.

As long-time supporters of traffic safety initiatives, Davis Law Group's reasearch team jumped at the opportunity to analyze data in support of our contact's resolution. We pulled data from the Washington State Patrol (WSP) isolating the section of I-5 that runs through Whatcom County between the years 2017-2021. We then pulled ran the data with the same criteria but narrowed it down to the suspected problem section between mile markers 242-250. 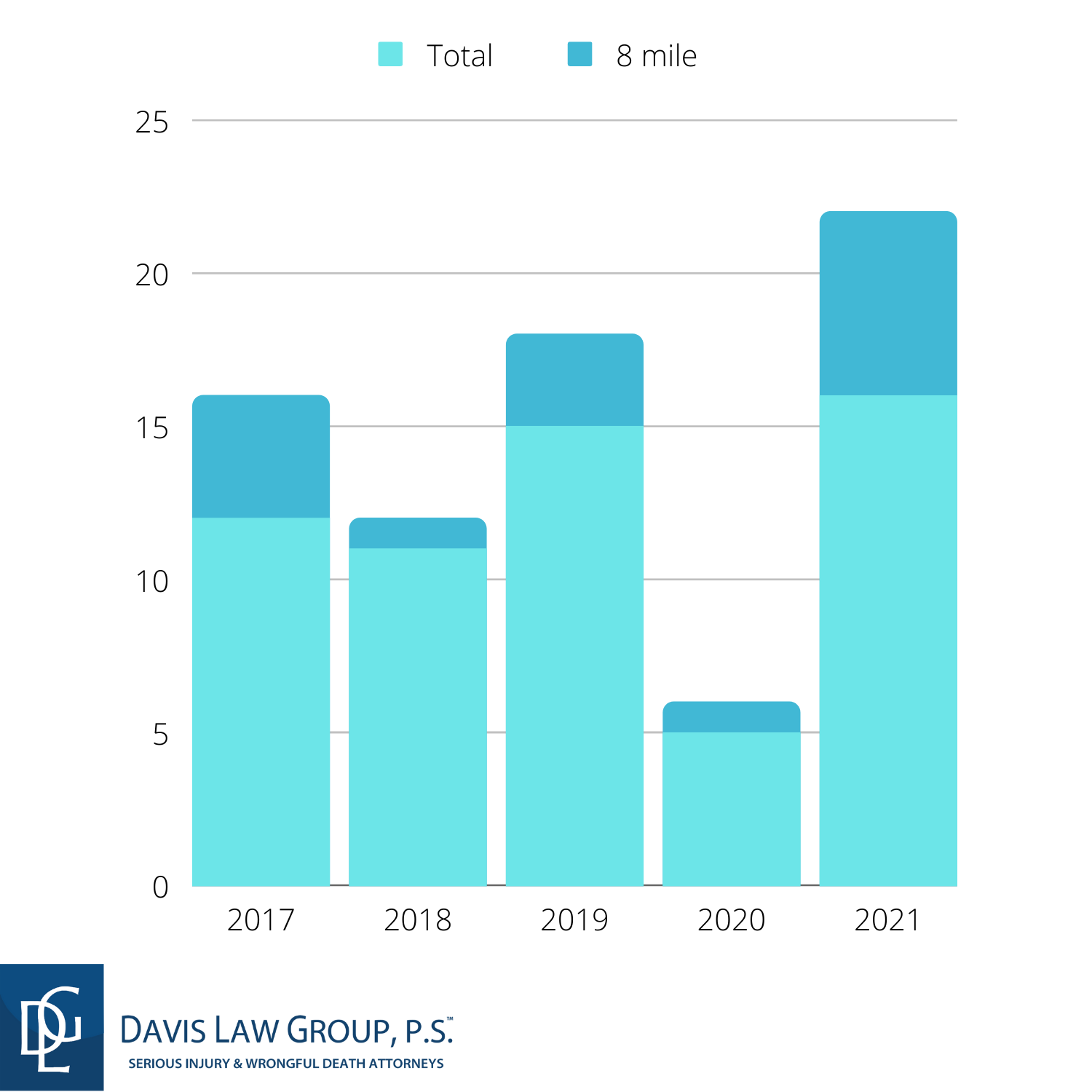 Each year, the proportion fluctuates, but the 8 mile stretch of Samish curves is consistently a sizeable percentage of serious and fatal accidents on the freeway in Whatcom County.

When totaled together, that eight mile stretch of freeway accounts for over a quarter of all serious or fatal accidents on the Whatcom County share of I-5. 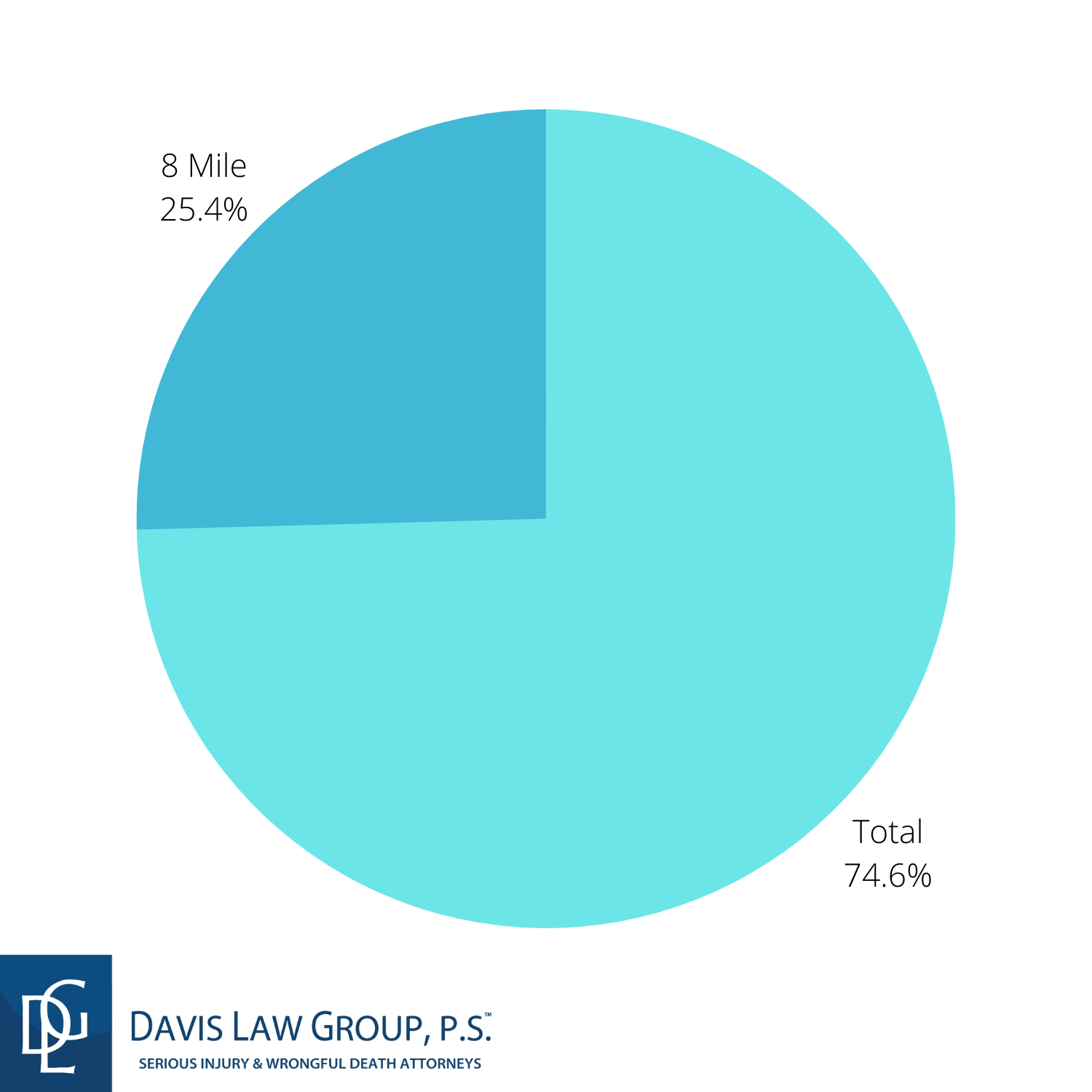 It is clear to see that the eight mile stretch of freeway between mile markers 242 and 250 is an area of concern. The safety of drivers in Washington and the first responders who arrive on the scene of an emergency should be paramount. Signage indicating that there are emergency responders and vehicles ahead but past sight lines could greatly help reduce the number of accidents occuring in that corridor.