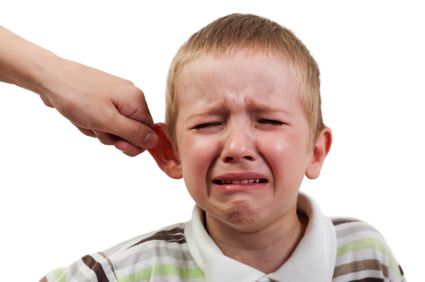 A recent investigative report from ABC News has revealed that teachers and school aides throughout the United States have frequently been using improper and ultimately cruel disciplinary techniques to subdue students in class.

In some ways, it’s a difficult topic to address because there are no set national standards for how school teachers can discipline and restrain disobedient children. But according to the ABC News report, thousands of autistic or disabled children have sustained significant injuries and dozens have been killed as a result of poorly trained and potentially negligent school staff members.

Perhaps most shocking about this issue is the tactics that school officials are using to restrain children, which appear to be relatively crude and reckless. In one particular case, the mother of nine-year-old Christopher Baker, an autistic child who was reportedly swinging a chair around a classroom, arrived at the school to find her son stuffed into a duffle bag.

“When I got to the end of the hall and saw the bag, I stood there like, ‘Hmmm, what in the world?’” said Christopher’s mother, Sandra Baker. “It was really heartbreaking to walk up and see him in that.”

In another incident in New York earlier this year, 16-year-old Corey Foster died after staff at a special needs facility held him face-down on the ground after he reportedly refused to leave a basketball court. According to ABC News, witnesses to the incident allege that the boy told staff he could not breathe, to which they responded, “If you can talk, you can breathe.” The school, however, rejects this account.

A lack of federally-established standards regarding acceptable tactics for how to restrain children is one of the likely culprits for the high level of ambiguity on this issue. And it’s not like lawmakers haven’t tried; ABC says that a number of politicians, including Rep. George Miller (D) from California, have proposed legislation for a national standard of discipline, but it has struggled to gain any significant traction over the past few years.

Increased Awareness Of Violence Against Students At The Hands Of Teachers

And while we are in the year 2012, it would appear that a lack of attention surrounding the issue – before recently, anyway – can also be to blame for the current status of limbo regarding child abuse in schools. Miller adds that, until recently, no organization in the U.S. had done any extensive research or been able to produce complete statistics on the number of deaths that were taking place in America’s schools. In the past couple of years, however, some groups have gathered an astonishing amount of evidence highlighting the extent of the problem.

“I almost didn’t believe the information that we first received from the disability networks,” Miller said. “The belief that this was happening to children in institutions, in schools where parents drop them off and expect that they will be kept safe and then all of a sudden you find out that you, your child’s life is endangered and in fact your child has been killed.”

Most experts on the subject agree that establishing a nationwide standard, followed by extensive training for all school staff members based on that established standard, would be a tremendous first step to combating this dangerous trend. It will be interesting to see where advocacy for these children is headed in the near future and how long it takes for lawmakers to establish an efficient system for educating and training staff members on handling all sorts of situations involving children.

Ultimately, although these are technically just negligent mistakes being made by school staff and administrators, it is a form of child abuse and it needs to be addressed and prevented before more children are injured and killed as a result.