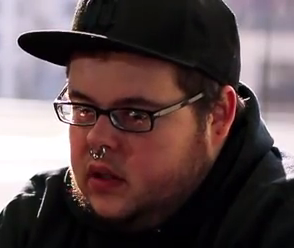 My wife and I were in two accidents over the course of about a nine-month period, and both of them were the other driver’s fault. We both had injuries that required different medical procedures, physical therapy and doctor’s visits, and it was just kind of a nightmare.

What we wanted to do is find someone who was able to help us and [we wouldn’t] have to worry about doing all of the paper work and making sure we were compensated for all of the suffering that we were going through at that time.

I had just recently been laid off from work, which was not a wonderful experience as you can imagine. We were traveling on northbound I-5 on a fairly clear, March afternoon – I do believe it was in March. We were doing about 40 [mph] with the rest of traffic and somebody just plowed into us at about 60 mph.

We wanted to have somebody take care of this for us. My wife is extremely astute, and she was on top of it almost immediately. She wanted to find someone who made it so we didn’t have to worry about all of the bureaucracy and red tape, and we were able to just get through our recovery. She did a lot of searching online and Davis Law [Group] was somebody that came with a lot of good recommendations, so we called you guys up and you took us in a couple of days, and it’s been pretty smooth sailing ever since.

It’s been really, really great. Cindy, who is our paralegal that worked on our case, was extremely helpful. She was always on top of everything, whenever there was any sort of updates we were informed very quickly. After our first accident happened, it was a few months later that we got into a second accident and we just called her up and we came in and she took it upon herself to get that one rolling too.

I totally recommend Davis Law [Group], like I was saying Cindy has been fantastic; I email her and as long as it’s not a holiday she gets back to me within a few hours. She always has constant information, she called me to set up everything. Whenever she had news, she would make sure to have that extra personal touch and make sure that we actually talked over the phone at least once a month.