"Let Chris Davis Do His Job" 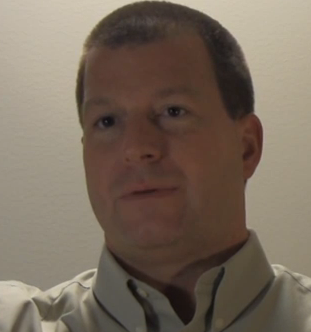 The time at the accident, I was approximately ten cars deep at a red light. So I was fiddling with the radio. And my car, the way the radio is, there’s a space underneath it, so I kind of locked my thumb in there and I’m kind of sitting back and playing with the radio, waiting for the light to change.

Um, that’s when there wasn’t even a squeal of brakes. I was just hit, and at the time of being hit, you know you get thrown backwards but I grabbed onto the dash as hard as I could but then when I went forward, my entire arm was locked. So I went forward and I grazed the steering wheel with the side of my head. Um, because this arm was basically braced into the dash as hard as I could. Uh and the process of doing that caused several injuries in the shoulder.

About approximately 11 months went by and I got passed off to four different adjustors, and then basically got forgotten. So, um, my bills weren’t getting paid—medical bills were coming to me rather than the insurance company—so I figured enough was enough, it’s time to seek legal advice.

And then uh, you know once that got all healed, physical therapy, went through everything, then I was kind of just um, you know let Chris and Leslie do their job, and sit back and wait. And um, it’s a slow process, you definitely have to have some patience. Um, but um it was very easy, very pleasant. Um, they kept me informed of everything that was going on.