"…I didn’t have to do any of the work, they did everything and it was awesome."

This video testimonial features a previous Davis Law Group, P.S. who was injured in multiple car accidents in a matter of just a couple of days. After receiving some medical treatment for his injuries, he got frustrated with the run-around from the insurance company and decided to call car accident attorney Chris Davis. 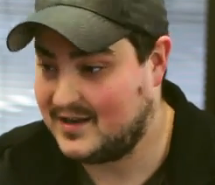 I got into two car accidents, one within one day and one two days later. At that point, I was injured a little bit I had some chiropractic stuff that I needed done and I went right to the chiropractor to get things settled for my health. So then I decided after some of the insurance companies gave me a little run around and weren’t really helping me out that I was decided well I need to take some legal action.

I did a Google search for ‘attorneys in Seattle’ and Davis Law Group came up, and after looking at the reviews that the Davis Law Group had I was like, “Ah, this is the type of place I need to go.” So I called you guys up and I talked with Mischelle I believe and she said, “Yeah come on in.”

Basically from that time on the Davis Law Group has kept me in the loop with how my case has been going and they did all the work for me, I didn’t have to go into any court rooms, I didn’t have to do anything I just basically followed the instructions that [my paralegal] Cindy gave me and she basically they took care of everything for me and it was the best attorney, lawyer experience that I’ve ever had, it’s been great.

Cindy’s performance was great I really liked how she communicated with me, she sent me emails and then she would give me a call just to make sure that I got the email and wanted to make sure that everything was understandable. If I had any questions, if I didn’t understand something, I knew I could go to Cindy and I knew I could ask her anything, whatever it was, so  I was on the same page and that was really important to me to know that I was in the loop, I just wasn’t kept out.

I was able to know that I was in control still but the Davis Law Group was able to help me through my problem. It’s worth hiring a good lawyer to help you out because then you don’t have to waste your time and get the run around from the [insurance] company. The Davis Law Group has been great, they’ve taken my case from beginning to end and were able to get me a quick settlement where I didn’t have to do any of the work, they did everything for me and it was awesome.