"I don't think a person can have a better attorney than Chris Davis...It's the number one law firm."

This video features Rick, a previous client of Davis Law Group who was injured in a rear-end collision with a semi truck. Rick initially hired a different attorney to represent him for his case, but after reading Chris Davis's book, "The Ten Biggest Mistakes That Can Wreck Your Washington Accident Case," he decided to hire Davis Law Group. 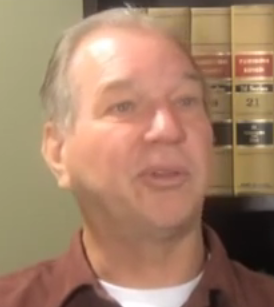 I was on my way to Woodinville, headed down toward Seattle from Everett – I live in Everett. I was stopped, waiting for traffic to move and a guy in a semi-truck with a load of gravel hit me in the rear-end doing about 30 [mph].

Ironically, two days after I had [hired] the Bernard Law Group, Chris Davis emailed me with his new book [The Ten Biggest Mistakes That Can Wreck Your Washington Accident Case]. And I said, “Well, you know I was in an accident, if you want to send me your book for free I’ll read it.”

What he had written down in the book really amazed me, how well the book was written and the answers he had for people. And then, when I came in and met him, he was really a nice person, ethical, and that’s number one to me – being ethical.

He basically handled it, I just went to the doctor and took care of the doctor’s stuff. I don’t think anyone can have a better attorney than Chris Davis.

The paralegals, everybody was right on it, I mean there’s no goofing around, when you call them you get a response, it’s just going forward all the way. There’s no going backwards or waiting, it’s number one. It’s the number one law firm.