In this client testimonial video, a previous client of Davis Law Group explains how a head-on collision with another vehicle left him with serious back problems and a seemingly-endless battle with the insurance company. According to his account of the car accident, the other driver even admitted to being at-fault for the collision at the scene.

After hearing about Mr. Davis's free legal book on a local radio station, he called our office and immediately stopped receiving harassing phone calls from the insurance companies. 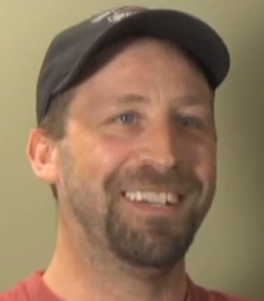 Well what happened to me is I got into a head on with another person and that’s about it. He was in the wrong, totally agreed to it. It messed my back up and my one doctor wasn’t treating me right and the insurance company didn’t want to pay.

I found Chris through the radio. I heard about his book that he had I ordered the book about car insurance what not to do with car insurance and I called up the number with a consultation and that’s when I came down here and gave me a consultation. They looked at everything and took me on as his client.

Working with Davis Law Group was excellent, they took care of everything out of my hands, dealing with insurance, dealing with medical insurance, the doctors. I never got a call never had to deal with anything from them. Never got declined any service or anything with them it was a big help, big help.