"Everyone at Davis Law Group has been wonderful"

Listen to the video above about how our client was involved in a car accident on I-90, and how the car accident lawyers at Davis Law Group helped her and her family get back on their feet. 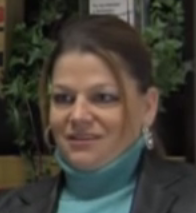 In November 2007, he was driving with my son on I-90 south and we came to a stop. I was three cars behind and traffic came to a stop and a person was not paying attention, she was fumbling through her stuff trying to find her cell phone, slammed on the brakes in a big flatbed truck and hit him. Pushed him into the car in front of him. I almost hit her.

What ended up happening was he had a herniated disc in his back. I emailed Chris after learning that he wasn't going to be better anytime in the near future. We started working with Chris maybe just a few months after. We worked with Leslie on a daily, weekly, monthly basis, and they've pretty much done everything for us.

I would say that it's not your fault that you were involved in an accident. There's no reason to not seek legal advice because you're going to pay for it the rest of your life. I would highly recommend Chris Davis. Everybody here's been wonderful. Leslie and I were talking, we've become friends because we've talked so much for the past three years. It's just a really good group of people.