"Chris Davis handled everything for me"

This video testimonial features Mary Roberts, a satisfied former client, who was attacked from behind by two dogs. As she yanked away from the dogs, it resulted in an injury that required surgery on her shoulder.

After speaking with the other side’s insurance company and receiving no cooperation or friendly assistance, she spoke to a friend who is an attorney in California and was referred to Seattle's top dog bite lawyer Chris Davis of Davis Law Group. 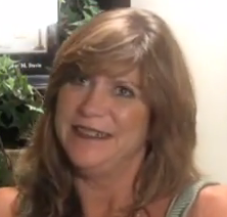 I was carrying the dog and the two dogs came up behind me and they grabbed me and her with their mouth—bit us, and as I yanked, I ripped the muscle from my bone, and so I ended up having shoulder surgery. And they had to go in here, completely cut open, and reattach the muscle, reattach all the tendons that hold up your rotator cuff.

And I’ve been there with Zoe a thousand times before, and nothing. And this particular time—I don’t know why—they just attacked.

After I went to the doctor, and I knew I was going to be able to work, and I had no income coming in, I needed to do something. So I spoke with a friend of mine, who’s an attorney in California, who referred Chris to me.

And so, I called her insurance company to see what was gonna go on, and she was very nasty and said no don’t call her anymore, don’t talk to Jerry, don’t talk to anybody anymore. And so at that point, that’s when I decided to call a lawyer.

And I called Chris and he pretty much handled everything for me. I didn’t have to do anything, except come to Seattle and pick up the money. That’s it.