"My legal questions were always answered"

This video testimonial features a satisfied former client who was involved in a semi-truck accident that resulted in many medical problems, including surgery.

The person who initially caused the wreck was uninsured so he sought a semi truck attorney. 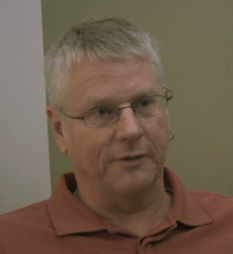 It was right after Christmas break about a year and a half ago, and a semi crossed the center line on Birch Bay Linden road up by where I live up there in Linden, and hit me head on and shoved me back into the raspberry fields.

Uh, the driver who ultimately caused the accident was uninsured. The guy who hit me was insured but the guy who caused the wreck was uninsured. So um, we sought an attorney because it just got too big for us. I had pretty significant memory loss, and my neck was messed up pretty bad, and I had surgery on my ankles.

Um, I heard about uh, the book, I think on KOMO Radio. Paul Tosch talking about the book on KOMO. Uh, it’s a great book, I mean, for somebody like me, you know, who didn’t know what to do. It’s a great tool to use, to try to figure out, you know, what you’re gonna do, you know? It just got so big for us so we just needed some help.

If you have any questions, you guys were always there to answer them, you know, um, you kept us in the loop as far as when everything was going on, and if I ever got, like I was still getting paperwork and stuff from my insurance company and another insurance company, and all I to do was send out paperwork and all the bills, medical bills and everything. We just, we just put it all together and put it in an envelope and mailed it off to you. And it took a lot of pressure off my wife and I. So that was the biggest thing for us.