"We would have had nothing without Davis Law Group."

This video features a former client of Davis Law Group, P.S., who was seriously injured in a pedestrian accident as she was walking to catch her bus one morning. She suffered a traumatic brain injury as a result of her head striking the ground after the crash happened.

She initially believed that she could trust the insurance company to provide her with fair compensation for her injuries and other damages. However, despite the fact that she was crossing legally in a crosswalk when the accident occurred, the insurance company started giving her the run around and she quickly discovered she needed to consult with a personal injury attorney.

That's when she hired attorney Chris Davis of Davis Law Group, who was able to recover a significant settlement that would alleviate the financial stress she had experienced and allow her to move on with her life. 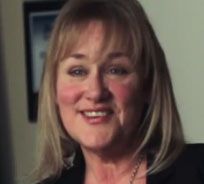 I was hit in a crosswalk while walking to get to my bus early one morning. I was hit and thrown actually 20 feet in the air, which I didn’t know until the next day because I was hit and landed on my head and had a traumatic brain injury. I actually thought I was not hurt too badly, I went to the emergency room and then over the next few days, it got worse and worse. It was a little frightening.

At first, I was pretty much down for the count. After about a month, I was able to go back to work – I had an executive position with a national nonprofit. Over time, I really couldn’t keep up, not realizing it, I kept thinking I could do it but I couldn’t keep up with the stress and the pressure and the things that I had normally done, and I eventually had to walk away from that position which was really sad for me.

We were really relying on the insurance company, we felt like they would be fair with us. It seemed like an open-and-shut, I was hit when I was legally in the crosswalk, and there was no doubt that they would pay us for my injuries. At the zero hour, we realized that they were not going to.

Disappointed wasn’t the right word, it was sort of shocked and devastated that they would treat us the way they did. They kept telling us, “We’ll get back to you.” There was probably a month of not hearing from them even though we’d tried to contact them, and that was when we thought, “Oh, something is really wrong here. They’re not being up front with us.”

I had gotten luckily into an outpatient therapy group at the University of Washington and they kept telling me to get a lawyer, and I kept saying “No, we’re just going to trust the insurance company.” So that was playing in the back of my mind, and I thought maybe they were right at the very end. So we googled “brain injury lawyers” and there were three or four who came up, and then we saw Chris [Davis]’s video, and thought this looks pretty amazing. We should have gotten a lawyer a long time ago, but we just wanted to trust the insurance company.

We came here, hoping against hope that you [Davis Law Group] would take our case, and thankfully you did. I just feel so relieved that there kind of aren’t words to explain, it’s over. It’s been almost four years, and I get to walk out of the office today with a check, and we would have had nothing without you all. I mean literally, nothing, or maybe less than nothing – I don’t know. So I get to walk out and be done and go on with my life. Thank you, Chris was terrific, Marty, Greg, everyone was so helpful and I always felt welcome when I walked in the door and needed anything, so thank you.