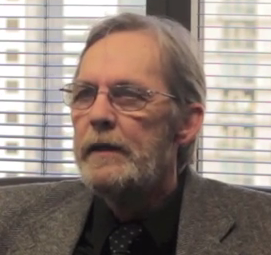 It was unfortunate that she was killed at the workplace. I guess all that sunk in after a few months and finally decided that we had to have some outside help to steer us in the right direction. We interviewed three potential attorneys, and we picked the Davis law firm for a myriad of reasons. Number one was we felt quite comfortable. This law group was very responsive to us immediately. Laid out the road plan or the game plan if you will, to us. Kept us in constant connection with them and how things were moving forward once we did decide to go with them. They steered us right through to the end.

Quite frankly one of the persons from the other side, I believe it was one of the adjusters, suggested that we were interfering. I said, 'you're not going to talk to us, we need somebody to help us.' We were smart enough to know that we needed a personal injury lawyer. So it was my daughter who did our due diligence, my daughter Leslie, and what she did, you know of course the internet is pretty strong, and so she went out and researched people. She knows everything about Chris Davis, what his accomplishments were.

During the process of the interview, like I said there's a comfort feeling, there's a vibe. We were told not necessarily what we wanted to do, we were told straight facts, and things that we could understand in layman's terms. That righted the ship for us, so we chose Davis Law Group.

I would give you guys A++, I really would. I'm done, I don't have to say anything to you, but you know that the deal is that we were constantly kept in in the loop. God forbid if it ever happened again I wouldn't interview any other attorneys — I would know where to go.