"Working With Chris Davis Is 'The Way It Should Be'" 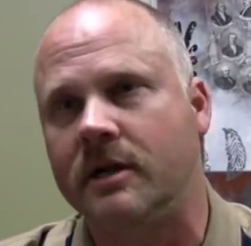 "I was happy from the beginning, my wife and I were like, “Wow, this is the way we thought it should be.” The moment Chris [Davis] took the case, he had letters going out to preserve evidence, this and that."

"He was keeping in constant contact with me by email, by letter, he sent me copies of the correspondence that was leaving his office and correspondence that came to his office. I knew pretty much the entire way everything that was going on with my case, and it was unreal the difference between him and my other attorney, he just ran with it."

"It was pretty much a smooth case, he did say from the beginning, “We’re going to have a fight on our hands,” because of the insurance company we were working with.  They were stubborn, they were very stubborn, in fact."

"We had witnesses left-and-right, and in the end, the defense insurance company still denied it up until the end. Their own expert came in and said the accident probably occurred in the manner that I said, and also that our witnesses said, and they still weren’t budging, they were still denying liability up until that. But sometime after that, they finally somewhat gave way and decided to settle."