"I Got A Good Lawyer"

This video testimonial features Kayla, a previous client of Davis Law Group, P.S., who was injured in a rollover crash after being hit head-on by another vehicle.

According to Kayla, the car accident was so violent that her truck started leaking gasoline everywhere and bystanders were frantic about the possibility of an explosion. 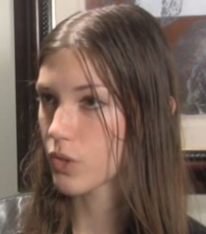 I stopped and got gas and filled up dual tanks - 45 gallons per - and I ended up leaving about three minutes after that. An older couple hit me head-on and they rolled my [Ford] F-250 about four times. There was gasoline coming on me everywhere, no one wanted to come help me, and I could hear people screaming, “It’s going to catch on fire!”

It was comforting to know that there was more than just one or two people on my case and that they had comprehensive knowledge of the legalities that would go on because it’s not your typical case.

The best thing that I could say [to an accident victim] is have proof, immediately get the police reports, make sure Washington State Patrol overviews everything, and like I said, get a good lawyer because you cannot do this on your own.