"My settlement amount that I received for pain and suffering was twice what I thought it would be."

Jordan is a previous client of Davis Law Group, P.S. who was injured in a car accident when a teen driver ran through a stop sign and t-boned her on an arterial street. Jordan didn't even see the accident coming, but knew she was in trouble as soon as she started trying to deal with the insurance company.

As she searched for an attorney to handle her car accident case, Jordan found herself uneasy with some of the advertisements she was seeing from other attorneys. Then, she found Davis Law Group and says that the personal service and actual results greatly exceeded her expectations. 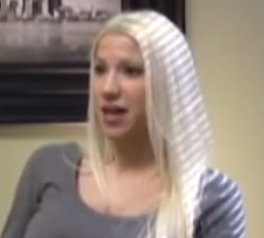 Last year, it was summertime, I was driving down an arterial street and a 17-year-old girl was driving her dad’s SUV with her friends, totally blows a stop sign and t-bones me. I didn’t even know what happened, I blacked out because my head struck the passenger window. I didn’t even see her coming, there was nothing I could have done to stop it.

The damage was really bad, her car flipped and my car ended up on the other side of the road on the parking strip, it was pretty bad. I had about a month of physical therapy, I went to see my general care provider as soon as I could after I got out of the emergency room, and he referred me to a physical therapist.

I found [the Davis Law Group] website after I talked to probably five or six different lawyers and called maybe 15 different places. When I came down here and talked to Leslie, I thought she was the kindest woman I had ever met in my entire life, so I said let’s do it. You see [other attorneys on TV] talk about top dollar, and that’s great and everything but I didn’t really care about that. If an attorney is willing to take advantage of the other party, then I feel like they’re willing to take advantage of me.

Attorneys like to use ambiguous terms like “attorneys’ fees” and “copy fees” and hypothetically, you know, they can charge you whatever they want to for that. I didn’t want to go to somebody who I didn’t think was morally sound, so to me, it was obvious.

I am absolutely happy, because like I said I don’t want to make it sound like money was the most important thing to me. But being in an accident with a negligent driver, you feel angry, and I wanted to get what was fair. It’s not like I wanted to get like $20,000 for my poor back, I just wanted to get what I felt was fair for somebody injuring me in a situation that I had no control over whatsoever.

Like I said, my settlement amount, the money I had received for pain and suffering was twice what I thought it was going to be. Like I said, it was not stressful at all, it required very little work from me, and of course everybody loves that.

It couldn’t have been better. My experience in general, anytime I called the office or anytime I came down here, you guys are so accommodating. When I was talking to Barbara, and she asked if I wanted to come in Thursday or Friday, I said Thursday, and she asked what time, and I said 2:00, and she said ok. I said, “Just like that? What is this?” You guys are just so accommodating and everybody is so nice, and so I couldn’t be happier.