"Chris Davis will really take care of you."

Joe Crevling is a previous client of Davis Law Group, P.S. who was injured in a car accident that was caused by a distracted driver. The at-fault driver collided into the vehicle being driven by Joe's uncle, who was also injured in the crash. 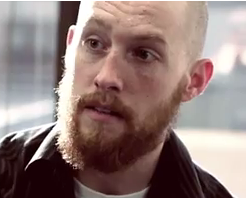 We were driving down Alki boulevard and so it’s just a cross walk in the middle of a one lane street, she pushed us all the way past the crosswalk so if the pedestrian that we would of stopped for didn’t pay attention and as vigilant as he, he would have been hit by our car and I mean she was going fast enough, like I said my uncle had his breaks on and she pushed us a good 10 feet past the crosswalk and he would have been severely injured as well if he wasn’t paying attention.

What happened was, is that she had in her kid in the car and she was paying attention turning around to the back seat trying to pay attention to her kid or whatever she was doing and wasn’t paying attention so that was even scarier to find out that she was paying to her kid and not the road. This was a pretty good accident I’d say she was going I say 20-25mph with no breaks when she hit us. I got a pretty good shoulder injury but nothing too severe. My uncle got the brunt of the damage because she kind of hit more of his side of the car.

I just had to pretty much go through massage therapy and went to a few doctors appointments and some massage therapy and I was lucky to be okay. My uncle on the other hand has gone through several MRI’s already and several, several doctor appointments. I actually used Chris’ little book he had in my uncle’s car and I gave one to my sister as well so we all got those in our glove compartments.

We circled all the where the damage was the whole nine got everybody’s name, and you know what we pretty much followed the book and that’s kind of what we did. You guys were the first people I called and again even though I wasn’t too severely injured or anything like that you guys took care of me well enough the last time that because again with my previous lawyer the whole reason I found you guys was because this guy took over a year on something that Chris said was something that should of only taken a week and I felt like I was such on the back burner and Chris has taken care of me 100% and anytime there’s a phone call or an email within 24 hours, it’s not even 24 hours its 12 hours later if that, within the business day even that you guys get back to us.

You guys take all the headache out of this and there was way too much headache for me last time that I just you know I wasn’t even going to deal with it  anymore and so I recommended you guys to my uncle also and anybody who’s ever gotten  injured in a car accident with my family as well you know I just say “Hey go to this guy, this guy he’ll really take care of ya.” Hopefully I’ll never need it again but if I do I know who to call now.