"I am sorry that I didn't call Chris Davis earlier"

This video testimonial features Joe Crevling, a satisfied former client, who was injured after the semi-truck he was driving next to took a right-hand turn from the center lane of traffic with no warning at all. His car was then caught underneath the trailer and dragged for 75 feet.

In the midst of dealing with the defense’s insurance company, he decided to get a truck accident lawyer. 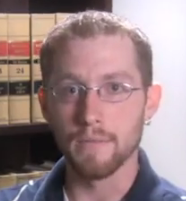 When I first decided that it was time to get a lawyer, was when I was dealing with the defense’s insurance company. And Chris took a look at my case and said ‘Hey, you know this is a long-shot here, but I think we have a really solid case.’ And I told him what I went through with my other lawyer, and him and Barb set me down and they were just—put me at the most ease ever, ‘cause I was asking questions like ‘what do you need me to do?’ And what they told me was ‘you know what? We got this. All you need to do is sit back and we’re going to take care of everything. You need to—your job is to worry about nothing.’

I know bad lawyers, and I know good lawyers now, and I know how they’re supposed to act. I’m just sorry that I didn’t come to Chris sooner.