“Chris provided us with uncommon representation…I am eternally grateful”

This video testimonial features Jackson, a satisfied former client, whose son was seriously injured after being hit by a propellor in a boating accident. His parents did not have boat insurance.

He explains how far everyone went to ensure that his son received the best representation possible. 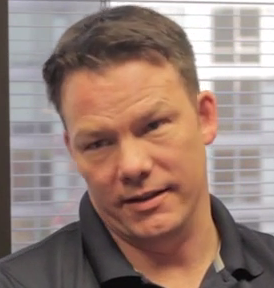 This was a difficult case. This was not slam dunk. My parents did not have boat insurance. And even with uh—we had experts that Dylan had to constantly see in a numerous amount of different fields. In the consult, the difficulty of it being in a different state, that was sued right away. We can deal with this, I have people there. I know how to take care of that.

And then it happened. People going off to Minnesota to communicate, physical therapy experts, psychological experts, to present to the insurance company an amount of information that they recognized it wasn’t worth the risk to go to trial.

There’s no question that on our own we couldn’t have achieved that. You know, could another attorney have accomplished that? I guess we don’t care. Because what we had in Davis Law Group worked at the top line, and so.

Chris provided us, like I said, uncommon representation and it was obvious. What I said to him in the court room also was ‘I, as a father, am eternally grateful that I can rest easy, that my son received the best professional representation possible.’

As a firm, I mentioned that it was more than just a professional team. There was a family atmosphere. So we thought we were entering another family who was gonna take care of us. And so you get that impression, and sometimes, you know, you’re wrong. Sometimes you’re wrong. Sometimes it’s dog and pony, and the realization of what you assume isn’t there. At Davis Law Group it was always there.