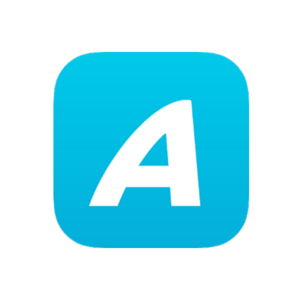 A while back I was in a car accident on I-5. Rear-ended by some idiot who was texting his girlfriend during rush hour traffic. I hired a well-known personal injury law firm that advertises on TV all the time (you can probably guess who). I had a horrible experience. Fired that firm. Did my research. Hired Chris Davis of Davis Law Group. WHAT A DIFFERENCE. Night and day!!

When I worked with the other law firm I never met the attorney (he's like always golfing in Arizona or something), had some recent law school grad handling my case, the paralegal never returned my calls, I had no clue what was happening. It was a total joke.

But when I hired Davis Law Group everything was changed. I met with Chris Davis himself and his wife (who runs the office for him) greeted me during my first visit. The paralegal assigned to help with my case always returned me calls, kept me updated, answered my emails, everything.

We had a mediation for my case in the Davis Law Group office. I was there all damn day. They made me feel at home, gave me snacks, internet access, and a television to watch when I was waiting for the insurance company attorneys to respond. Chris' wife came in and checked on me a lot to see how I was doing. Chris, Greg and my paralegal spent tons of time with me. I couldn't believe that I was getting so much personal attention when I know that they have cases that are way bigger and more important than mine.

The entire experience was great and they got me a settlement that was twice the size of what the 'other law firm' was talking about.

Looking back on it it's not hard to see why Chris has more 5-star Google reviews and 5-star Avvo reviews than any other personal injury attorney in Seattle. And it's no mystery who he has literally dozens of attorney awards, plaques, and trophies. Have you looked at the awards page on his website? Damn! He's like in the personal injury lawyer hall of fame! Like Cooperstown for attorneys. He's there. He's the man. He's the MVP! Go look at that page.

And it's no wonder he's on TV all the time. The news reporters call him when they want an expert attorney to comment on some legal issue. And he handles some of the biggest cases in Washington State. He's been on KING5, KOMO4, KIRO7, Q13, CNN, talking about his cases. My case wasn't one of those big news story cases. I was just some guy who was rear-ended by an idiot in rush hour. But Chris Davis and Davis Law Group treated me like I was one of their big value, important, in-the-news clients. They treated me like I had the biggest case in the office or something.

My case settled over a year ago. I've been meeting to write a review for a long time. I should have done it a long time ago.

If you want the best personal injury lawyer in Seattle then hire Chris Davis.