"I can't believe what a great job Davis Law Group did..."

A previous client of Davis Law Group, P.S. was injured in an auto accident while riding as a passenger in a friend's car. While he knew that he should consult with an attorney to handle his case, he says that he was overwhelmed at first by the number of attorneys that were out there.

After deciding to hire Davis Law Group to handle his case, he found that the entire legal team made his experience relatively hands-free, which made his life a whole lot easier. 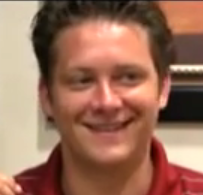 Well what I did was I set up an appointment to come in, and then I went over the logistics of the accident [with Davis Law Group] and then decided after looking over the paperwork and everything that this is what I wanted to have happen and that I kind of want a hands-free situation where I don’t have to deal with this myself. I already felt like it was not my fault because I was a passenger, I don’t want to deal with phone calls, paperwork, and all the other things like that.

I decided to go with you guys [Davis Law Group] and after that, it was pretty easy. All of my bills got taken care of by who they were supposed to get taken care of. I know there were a lot of hoops to jump through, mostly for you guys, but that’s what I wanted and I wanted it to be simple.

I’m very happy, and I kept telling Leslie that I can’t believe what a great job she did. I know this isn’t your guys’ nutcracker here, it’s not the biggest case in the world, and you’re still helping me all the time that I needed help. Obviously, it was important to me and she made it seem important, so that was nice.