"If you need an attorney, hire the best."

In this testimonial video, a previous client of Davis Law Group shares her story of a car accident that left her with significant injuries and costly medical bills. She says she was thrown underneath her own truck and was stuck there for more than 45 minutes and had to have the truck lifted off of her in order for her to escape.

She spent two months in serious pain as a result of her injuries, which led her to realize that she could benefit from hiring an attorney to represent her. Her advice to accident victims in Washington state was, “If you need somebody, hire the best.” 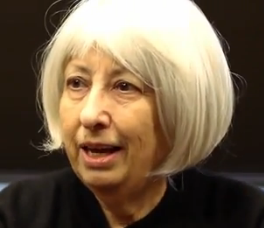 It was November 22 last year it was snowing I was coming from work and everybody was slipping and sliding. So I parked my truck and there was this cute kid who was going to help me he was going to do some gravel or something. As we were talking a car hit the back of my truck, your not going to believe this but I got thrown underneath the truck.

I was underneath the truck for 45 minutes. The Bellevue Fire Department I found this out afterwards, drilled a hole in both sides of the doors to lift the truck off of me, yeah that was scary. You know boy I was in a lot of pain for probably almost two months, really bad. I don’t like drama I really don’t and I wanted to, and I thought you know what I’m going to hire an attorney because I was really, I was visualizing hell.

And I thought I’ll hire an attorney and I found out about Mr. Davis and I came in and he was really nice. He made me feel so comfortable. And you know what I’ve never had to use an attorney before this is the first time. But if I ever need another one we’ll go with him again because I’m very comfortable with him. But what I really liked was the fact that they kept me informed on everything, I didn’t have to wonder.

I loved it when I, I think it was Marty I talked to, I said 'well what should I do?' because I was getting these calls, you know I didn’t answer the calls. I called Marty instead and I said, 'what should I do?' and she said just refer them to Mr. Davis, I said okay that was great. And I was never concerned because I’ve heard some horror stories where it takes years, well you know what I trust Mr. Davis he’ll do what’s right he’ll do the best so I’m not going to lose sleep over it and I didn’t. That was the one thing I didn’t lose sleep over you know so I was really happy.

He’s really nice and makes you feel good. He reassures you that you don’t need to worry about anything I’ll take care of it so there. Why would you hire anybody if you didn’t have confidence if you didn’t have confidence in them? Marty left me a couple of messages, she said you never call us and I said why should I I know I’m in good hands, why bug you guys. She’s so sweet I love it, she’s good for him I hope he appreciates her.