"I just needed somebody to go to bat for me"

This man suffered significant injuries after being injured in an accident with a drunk driver at 60 mph in a school zone. Facing a series of financial setbacks as a result of the accident, he called the Davis Law Group.

Attorney Chris Davis and his legal team were able to get him the compensation he needed to cover the costs of this tragic accident. 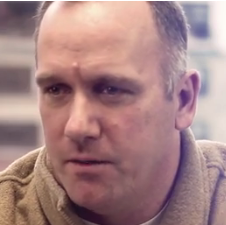 Drunk driver going 60 in a 30 ran a red light and t-boned me in my suburban. He didn’t have insurance, his license was suspended, uh, he was drinking in a school zone. And uh, everything he could have done wrong he did wrong, so that’s why I ended up here.

The impact pushed me 100 feet diagonally. Think of a cue ball in a, playing pool. The cue ball stays where the impact is and the other ball goes way over there. I was pushed up against this brick wall—a landscape wall, I couldn’t open my door very much, and one of the neighbors came out and helped me get out of my suburban. The kind of adrenaline and shock kinda just made me want to get out of the vehicle. And then I felt kind of messed up.

So this is like, really gonna hurt me financially, um, I just bought that suburban, hardly owed anything on it. And my back was gonna be messed up for a bit where I wasn’t gonna be able to work. So lost two months of work, not just from the injury but I didn’t have a vehicle. Um, and I—so I needed to be reimbursed for that. And so I felt like Davis law firm could help out with that. You just need somebody to go to bat for you. That really helped out.

Marty was great. She was always uh on the ball, calling to inform me what was happening, what the status was.

My advice would be—it’s definitely—if you think there are some issues in the accident that A. shouldn’t have happened, and B. that someone made some bad choices and bad mistakes. I wasn’t vengeful, but I needed to be reimbursed for all the stuff that I had to pay out of the pocket for initially.