Most car accident victims feel the pressure weighing on them after the incident. Mounting medical bills, lost wages and pain and suffering can make this one of the most stressful times in a person's life.

Our client was involved in an accident, injuring her back and forcing her to miss the sports she loves. She was referred to the award-winning personal injury attorneys at Davis Law Group by a friend, and our legal team allowed her to focus on healing while we handled her case. 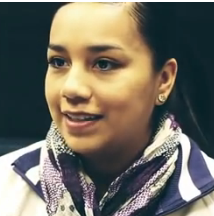 I got in a car accident and I feel like they, the person I got in a car accident with tried to blame it on me basically and it wasn’t my fault it was all hers clearly they gave her a ticket. I was coming home from work and I was going straight through the light and she came toward me and tried to turn and she hit me on my driver’s side.

I decided at that point because everything was just pretty much going downwards. I didn’t have a car, I couldn’t go to work, school. I talked to one of my bosses and she told me about Davis Law Group and they were able to help me so I just came here. Davis Law Group helped me out so much they took the stress away from me and I didn’t really have to deal with anything, I just had to give them information and I didn’t have to talk to the other insurance.

I would say Davis Law Group did help me out a great deal. I would recommend Davis Law Group to anybody that is in trouble anything with car accidents even outside of that they could help you out.