This video testimonial features a satisfied Davis Law Group, P.S. client who was injured in a rear-end accident. The other driver admitted at the scene to being at fault for the accident, and after a couple of days he started feeling the ill-effects of the collision.

Shortly after the accident occurred, our client started receiving calls from the insurance company asking him to give them a recorded statement about the incident. Knowing that this could potentially have an impact on the overall value of his claim, he decided to call the experienced car accident attorneys at Davis Law Group to represent him. 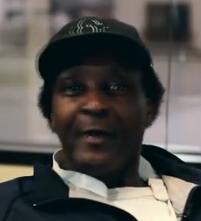 The car behind me was driving at a certain speed and kind of rammed me into the back, she was just in a hurry to do everything and she said, “Oh, I didn’t even know the light was still red.” But that was the incident and so we pulled over to the side and we talked about it and discussed it, exchanged insurance information.

I went home that night and I know the pain had start. I think what was happening I was so on a, the impact that I had I was so kind of surprised. You know when your surprised when something happens you don’t feel it until you calm down. On the way picking him up and coming home and stuff and I kind of was sitting down and wow I think I messed my back up pretty bad.

Out of nowhere, "This is American Family Insurance calling, and we would like to have an interview with you and we want to record what we talk about about the incident.” And I’m going like I don’t want that, that’s not going to work. I kind of remember what the lawyers would tell me, "Don’t confer with another insurance company about what the incident until you make sure you've got a lawyer to represent you." They called me, they said “Well you don’t have to go nowhere were going to negotiate to you were going to get your one-time settlement and hopefully that you will okay with that.”

I wasn’t going to be okay with that, what they were going offer, because they didn’t say we can sit down and talk, certain things they didn’t say. They said were going to one-time settlement and that’s it. And that’s when I came in and got one of the best groups of peoples that I know can handle the situation and I had been watching you guys on the commercials and I said "You know what, and this was probably maybe a month before this whole thing happened, if I ever get into a car accident I’m going to call Chris Davis," you know what I’m saying, just like that.

I came in and Cindy and Greg and all those guys and that was some good service and they gave me some good information and they kept me informed. Step by step, procedure by procedure, how’s it going to go, what we except, what to look for and whatever. And they most importantly said don’t have any more contact with them.

But they were great, they did a great job. So yeah I’m real satisfied of the outcome of this. It saved me a whole lot of time. And if anything like that ever happened again I won’t have to do anything but pick up my little card and call you guys, call Chris Davis.