In this video, former Davis Law Group, P.S. client Daniel M. shares his accident story and experience with the attorneys and paralegals at Davis Law Group.

Daniel, who is a resident of Portland, Oregon, was injured in a car accident while he was riding as a passenger in his friend's car in Washington state. He was taken to the hospital, where his medical bills quickly became quite expensive, and he soon realized that he would need to seek an attorney to handle the complexities associated with his case.

Even though he was an out-of-state resident, Daniel found that his experience with Davis Law Group was even smoother than he could have imagined. His paralegal was always willing to answer questions 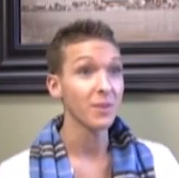 I was turning around talking to [my friend] and then all of a sudden he slammed on the brakes, and the car in front of us had slammed on their brakes, so we were literally an inch away from their car. I turned to look at Alex and he said “oh God!”  and you could see headlights on the rearview mirror illuminating on his face and I looked ahead and felt this big burst of energy. I remember just trying to grab stuff [in the car] to stop me from moving around.

Right after the accident we were in the hospital and I was talking to my mom, I was so out of it that, you know, you don’t even really think about what’s next, or what do you do now, so thank God I had my mom there with me. She said we absolutely needed an attorney to help us, because I’m a full-time student, I work full-time and my mom works full-time. You know, there are so many hours that Barbara and Chris put into my case that we could not have done.

It was a huge weight lifted off my shoulders, you know, because we don’t have the time to deal with it. It was really not any hassle for me to do, I think this is my third time at this office. And I actually don’t even live in Washington, I live in Portland, so you know being able to contact Barbara – who I contacted pretty much daily, I’m sure she wanted to kill me – she was so great and answered all my questions.

I emailed her and she would email me back pretty much within the hour, I love her to death, she’s amazing. Any hours of the day she would answer my emails, any questions or anxieties or concerns that I had about the case or law in general, that me or my mom had, Barbara was the first person we called. I could not be more happy with the way the case [concluded].