"I couldn't be more happy with Davis Law Group"

This testimonial video features a previous client of Davis Law Group, P.S. who was injured in a car accident because of a driver who wasn't paying attention and didn't see her vehicle driving down the street.

According to the client, who is a school teacher, the statute of limitations — which sets a restriction on the amount of time accident victims are provided to bring a personal injury claim after an accident occurs — was approaching and she needed someone who could act quickly to represent her. Thankfully, Davis Law Group was able to take care of the necessary steps in a timely manner and get the woman's claim resolved. 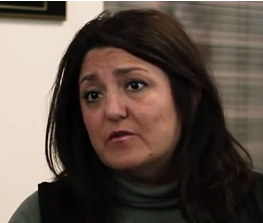 I was on my way to work one morning, and there was a little bit of frost on the car windshield and side-view mirrors. I got ready to go to work, I cleaned my windshield and got my car ready and drove to work, and as I was making my way up the street another vehicle pulled out, hitting my vehicle on the side so they were parallel parked.

Their vehicle struck my car because he hadn’t cleaned his side-view mirror and it was frosted over so he had no visibility of the car coming up the hill, so that’s how the accident occurred. I have been dealing in fact still to this day with lower back problems, I have pain that sometimes travels up my back and onto my neck so it goes up and down the muscles.

I did a search online and somehow I came across [Davis Law Group]. I called and I was able to get through, I think it was near a holiday or something, and I spoke with Mischelle [Davis] and explained to her my circumstances and they took my case.

I was very lucky that they took the case being that it was so late since the accident had occurred. Lora was just absolutely amazing, I think that she did extraordinary, she’s an exceptional paralegal and I couldn’t be happier and more thrilled to have had her working with me and representing me. She has been very compassionate, she treated me very professionally, she listened to what I was going through and she checked in with me frequently.

She would call me when she said she was going to call me or send me emails, and I just felt like she really was genuinely concerned for my well-being and to represent me and to be part of this team at Davis Law Group.