"They were just on top of everything." 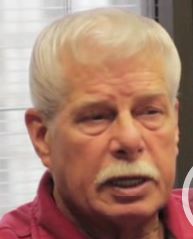 I was on my way to work, about 6 ‘o clock on a Monday morning. Uh, first day back to work after Christmas. And uh, freeway was very light at that time and uh, car got rear—I was by the where 520 merges to I5 Southbound and a car got rear-ended and shot across the freeway. And um, on his way across, the pickup truck in front of me hit him, and spun him into the concrete wall and then he came back directly in front of me, and I didn’t have an opportunity to slow down or anything, so I hit him broadsided about 60 mph.

At this point, they said they could operate and relieve the pain in my lower legs, but not in my back, and the majority of the pain is in my back, so they’ve decided at this time not to do surgery.

I was taken by ambulance to Harborview, and my friend who came up and picked me up had been involved in an accident where he was rear-ended about a week before and—maybe two weeks—and he had an accident kit from Davis Law Group. So, he said ‘these are the people. Contact them.’

So when I got home, I contacted Davis Law Group.  They were just on top of everything.