"If anyone in my family gets in an accident, this is where we’re coming"

This video testimonial features Brandi Heitzman, a satisfied former client, who was injured in two motor vehicle accidents over the course of three days, resulting in daily visits to physical therapy and disc displacement in her back. She initially hired a different attorney, and was displeased with the service, so she went to car accident attorney Chris Davis.

Later, she and her fiancé at the time were involved in another accident and immediately called Mr. Davis again. 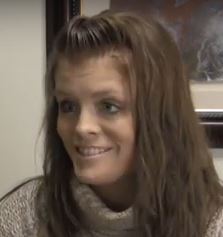 I was involved in two motor vehicle accidents within three days of each other, both by the same insurance company that hit me. Within a month, my whole life was turned upside down.

Um, I was going to massage/physical therapy on a daily basis, um, was in a C-Collar for the first month out of the first accident, um, just had different discs that weren’t in places that they were in anymore, had arthritis in my back at 19 years old.

I actually went to a different attorney, um at the time ‘cause I’m from the Tacoma area, and was not happy at all with the way they handled things. Um, didn’t get calls back, didn’t get legal advice, didn’t really know what was going on, just basically expected to play by the games—what they wanted me to do—and didn’t like that so I decided to seek other legal counsel and came here to the Davis law firm.

By the time Chris had gotten involved, I mean, I was already hitting my PIP and so it was, quite late-in-the-game kind of thing, so there wasn’t much that he could prevent in that way, but he immediately stepped in and was by my side.

Chris was awesome, the whole entire time; the whole staff was. Um, if there was a mistake made of any kind, they immediately fixed it and went above and beyond.

Um, me and my—at the time—fiancé were in an accident last August, um—another one—and I immediately called Chris and said ‘okay, sign the paper,’ we want you to represent us again.