Betty was visiting her daughter, Lisa, and stopped by to see a neighbor when the neighbor's dog suddenly attacked Betty without provocation. After realizing the extent of Betty's injuries and getting the run-around from the insurance companies, Lisa decided she needed to hire a lawyer to handle the injury claim. After doing some research online, they decided to meet with Davis Law Group to explore their legal options.

Betty and Lisa hired Davis Law Group to represent them in a claim against the dog's owner. We successfully recovered a $300,000 settlement for Betty to help pay for her medical bills and future reconstructive surgeries. 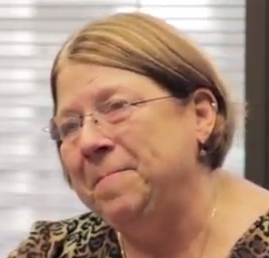 Lisa: My mom was visiting me from Wisconsin and she just arrived to my house, and my neighbor went with me to pick her up in Tacoma and she was giving my kitties treats, and when she went to put some in front of my neighbor’s dog, after asking her if she could, the dog lunged at my mom and it bit her face. Um, I didn’t witness it, but I did see the after effect, and uh, it was very stressful.

Betty: It was so scary. I cried, right there in the kitchen and screamed ‘help!’ And you know, Lisa really had a hard time with it too, she never left my side. They even left the door open while the surgery was happening. I never want anybody to have to go through what I did.

Lisa: I was familiar with this dog. I had been around it before and I had no idea that this dog would actually attack a human being. It was horrifying. It was absolutely horrifying.

I was in shock for the first few days, uh it was after 24 hours ‘cause I went with my mom to Haborview while she had the surgery done. And I did not sleep. The next day I came back to my home after Mom was released from surgery, and I was pretty much in shock still. Um, fell asleep, slept all day. Um, I missed the whole week of work, ‘cause I couldn’t really function enough to like, go in. Um, after, I think, that week, I was receiving phone calls from the insurance company—my mom’s insurance company and then placing several phone calls to Harborview and not get—kind of getting a run-around about what was happening with my mom’s bills. That’s when I decided to get a lawyer.

Betty: As you see, I still have a really hard time, but I am so happy that she got the website, ‘cause then she forwarded it to me, and I started watching it, and then he sent stuff so I had, uh, the book…no I think I got the book at the first meeting…but he’s so informative. I think he’s the best person in the world. I am just so happy it’s over, but I would definitely have this law firm again, if I was injured out here.

Lisa: I’ll give Chris Davis a call, and set up an appointment.