"I am happy with Davis Law Group. I didn't have to worry about anything."

This video testimonial features a previous client of Davis Law Group, P.S. who was injured in a car accident after the other driver ran a red light during a power outage. The client says that after the defendant driver denied responsibility for the crash, he was forced to seek legal representation to ensure he could pay for his medical bills and other damages.

The injuries he sustained were serious — to this day he still does not have feeling in a significant portion of his left leg. But Davis Law Group was able to negotiate a fair settlement that allowed him to get his life back on track. 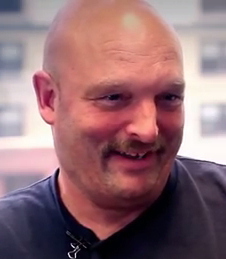 It was pitch black, we had just had a power outage on the road that I was on, and what I was told was that all of the lights went to a fail-safe system, and so the light that normally flashes yellow was flashing red. I stopped at the intersection, looked both ways, started to go and a big truck coming up behind me did not stop and plowed through me, pushed me up through the intersection and up onto a bridge.

I had no feeling in my left-side leg, and ended up having to go to the hospital to find out what was wrong. They gave me a bunch of shots, and still to this day I still don’t have feeling from about the knee-down on the front side of my leg. The guy that hit me said that it wasn’t his fault, so in order to get my medical bills paid for I had to seek counsel.

I called up my insurance company and talked with them, and they said that I would use my [Personal Injury Protection] PIP and wanted me to go get physical therapy. [The insurance adjuster] acted like he was my best friend, you know, and then when I told him I had an attorney and I needed him to have correspondence with Davis Law Group he wasn’t my friend anymore, he never called me again, never.