"I think it would be in anyone’s best interest to contact an attorney....such as the Davis Law Group."

Mr. Davis rejected that argument and put together what he calls a "comprehensive settlement demand package," which convinced the insurance company to reverse their decision. The personal injury lawyers at Davis Law Group was eventually able to recover a significant level of compensation for our client, who was thrilled with her experience. 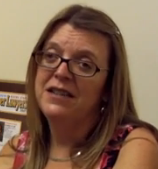 Chris Davis: What do you do if you’ve been injured in a car accident through no fault of your own, but the insurance company denies the claim by arguing that you had a preexisting medical condition? Hi everyone, I’m Chris Davis and I am an attorney practicing personal injury and medical malpractice law in Seattle, Washington.

Our Client: I was involved in an accident on May 4, 2010. I was rear-ended by a very large tow truck and, consequently, the gentleman had no insurance and an expired driver’s license, and it was a very bad accident.

Chris Davis: Our client had been diagnosed with a preexisting medical condition several years earlier, and recently she had been in an auto accident and sustained some pretty serious neck and back injuries. When she came to us, however, the insurance company for the at-fault driver was actually arguing that most of her treatment was unnecessary or unrelated because of a prior medical condition.

Our Client: The 1996 Toyota Camry gave up her life for me. I was hit so hard from behind that I was jolted forward, and the airbag deployed and I hit another car in front of me. The glass shattered in my vehicle, the rear-end of my vehicle was smashed in, it was very traumatizing as well as numerous back and neck injuries.

Chris Davis: We ordered her [medical] records, scrutinized them, spoke to her healthcare providers and put together a comprehensive settlement demand package to the insurance company at fault. We were able to reverse that insurance company’s decision and recover a very nice settlement on behalf of our client.

Our Client: Lora [my paralegal] was assigned to this file and she took over and was great, she answered all of my questions, she was very professional, and she was very good at explaining the whole situation as well. I think it would be in anyone’s best interest to contact an attorney, anything above a $500 fender-bender, I think you’re really your own best advocate to protect yourself and contact an attorney such as the Davis Law Group.

Chris Davis: If you find yourself trying to deal with an insurance company after a fairly serious accident and that insurance company is trying to deny your medical treatment or argue that a preexisting medical condition was the cause of your harms and damages, please call the Davis Law Group for a free consultation.