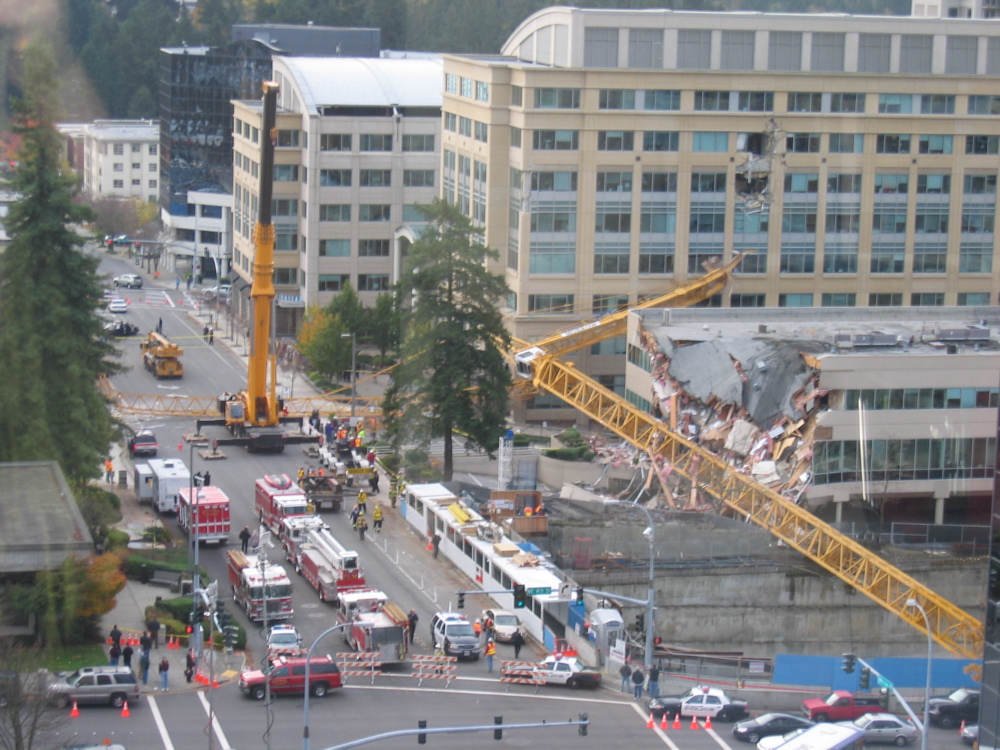 While the popularity and density of cranes in Seattle and across Washington state is unmatched by any other region, the occurrence of crane accidents or crane collapses is relatively rare. But when these disasters do occur, the injuries can be catastrophic and the impact on the lives of injured victims can be irreversible.

General contractors, construction companies, and subcontractors all have a duty to ensure that they create and maintain a safe working environment. Their duty is not only to protect their own working employees from external factors and elements, but also to ensure they do not disturb or cause harm to the general public.

Washington state law permits those who have been injured by the negligence of another party to recover financial compensation from the responsible party and/or their insurance company. The award-winning crane collapse attorneys at Davis Law Group can help you better understand your legal rights and options for pursuing an injury claim. Call our office now to request a free legal consultation.

Notable Crane Accidents In Seattle And Beyond

While construction accidents involving cranes are relatively rare, they do still happen from time to time. Data published by the U.S. Department of Labor shows that there were approximately 220 fatal crane accidents throughout the country between 2011 and 2015, averaging out to 44 crane-related deaths per year.

There have been three notable crane-involved accidents in the greater Seattle area in recent years:

Interestingly enough, Davis Law Group was already pursuing legal action against one of the companies involved in the most recent crane collapse. That lawsuit involves a 2016 construction accident in which an on-site elevator unexpectedly fell several stories with workers inside.

Morrow Equipment Company, which owns the crane involved in the 2019 crane collapse on Mercer Street, is alleged to have "failed to properly hire, train, and/or supervise their employees with due care and good judgment" in the hours leading up to this incident. We discovered that the companies should have shut down all construction operations on the day of the incident due to adverse weather conditions, but failed to do so, which jeopardized worker safety and led to the incident.

Seattle is home to the densest crane population in the United States, even outranking the San Francisco Bay Area. For each year between 2016 to 2018, Seattle led the nation in the sheer number of active working cranes in the city, topping out at 65 in 2018.

In 2007, the Washington State Legislature and Governor Christine Gregoire officially passed a law designed to give Washington some of the most strict regulations regarding construction cranes and crane operators who work with them.

If you or a loved one has been injured in an accident caused by a crane collapse or other related incident, contact the award-winning car accident lawyers at Davis Law Group to have your case personally reviewed by our award-winning legal team. We can help you better understand your legal rights and determine if hiring an attorney is in your best interests.

We offer free legal consultations to accident victims and work on a contingency fee basis, which means there are no up-front costs associated with hiring our attorneys to represent you. Call 206-727-4000 or use the confidential contact form on this page to speak with our legal team today.