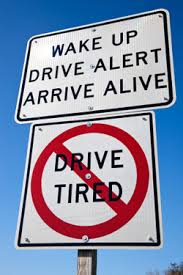 Injured In An Accident With A Drowsy Driver? Contact Davis Law Group Today

“Drowsy driving” occurs when a person who is operating a motor vehicle is too tired to remain alert. As a result the driver may have slow reaction times, reduced vigilance and impaired thinking. In the worst case the driver may fall asleep behind the wheel, which is the cause of many serious car accidents in Washington.

Drivers in Seattle and across Washington state have an obligation to drive safely, and are legally required to be mindful of the safety and wellbeing of both themselves and others. If a driver falls asleep at the wheel and causes a collision that injures another person, it is the job of an experienced car accident attorney to prove the causing driver violated their legal duty of care and are legally responsible for the harm caused to innocent victims.

If you or a loved one has been injured in an accident caused by a driver who fell asleep at the wheel or was driving drowsy, our legal staff is here to help you better understand your legal rights so you can get your life back on track. Call Davis Law Group at (206) 727-4000 or use the contact form on this page to schedule a free consultation with our award-winning attorneys.

Davis Law Group has represented countless victims of motor vehicle accidents caused by a drowsy driver that fell asleeep at the wheel. If you have been injured by a driver who fell asleep and caused an accident, it may be in the best interests of you and your family to consult with an attorney about your legal options.

Liability For Accidents Caused By A Drowsy Driver

Sleep-caused car accidents are almost always the fault of the drowsy driver who has a legal duty of care.  Drivers have an obligation to drive safely—being mindful of the safety and wellbeing of themselves and others.  Drivers that fall asleep at the wheel have violated their legal duty of care and are legally responsible for the damages they cause.

A qualified attorney will collect important evidence that can be used to support an accident victim's position in negotiations with an insurance company. Our team has the necessary experience to build a strong case for injured victims and are prepared to take the case all the way to a jury trial if necessary, which puts additional pressure on the insurance companies to negotiate in good faith.

Drowsy driving crashes are most frequently cases by commercial truck drivers; shift workers; drivers with sleep disorders (sleep apnea); drivers taking sedative medications; and those who don’t get adequate sleep. According to a study by the Federal Motor Carrier Safety Administration, a third of trucking accidents are caused by truckers falling asleep behind the wheel.

A third of US adults report that they usually get less than the recommended amount of sleep.  Studies have shown that about 20 percent of fatal motor vehicle accidents in the US involve a drowsy driver.  According to a study by the AAA Foundation for Traffic Safety, drivers who sleep only five or six hours in a 24-hour period are twice as likely to be in a motor vehicle collision as drivers who get seven or more hours of sleep.

The U. S. National Highway Traffic Safety Administration (NHTSA) reports that drowsy driving is related to at least 100,000 motor-vehicle crashes and more than 1,500 deaths per year. About 71,000 drowsy-related crashes involve non-fatal injuries. The estimated annual monetary loss related to drowsy driving is about $12.5 billion. Drowsy driving often goes unreported when police complete an accident report. Unless the driver admits falling asleep, drowsy driving can be difficult to detect.

In 2014 there were at least 846 fatalities that were drowsy-driving-related in the US. These reported fatalities (and drowsy-driving crashes overall) have remained largely consistent across the past decade. Between 2005 and 2009 there was an estimated average of 83,000 crashes each year related to drowsy driving.

The National Highway Traffic Safety Administration estimates that 2.5% of fatal crashes and 2% of injury crashes involve a driver that has fallen asleep-at-the-wheel.  Other organizations estimate that 5,000 or 6,000 fatal crashes each year may be caused by drowsy drivers.

The National Highway Traffic Safety Administration estimates that drowsy driving was responsible for 72,000 crashes, 44,000 injuries, and 800 deaths in 2013. However, these numbers are underestimated and up to 6,000 fatal crashes each year may be caused by drowsy drivers,

The following represents the serious injury and fatality data for drowsy-driver-involved crashes over the last 10 years in Washington State as reported by the Washington State Department of Transportation.