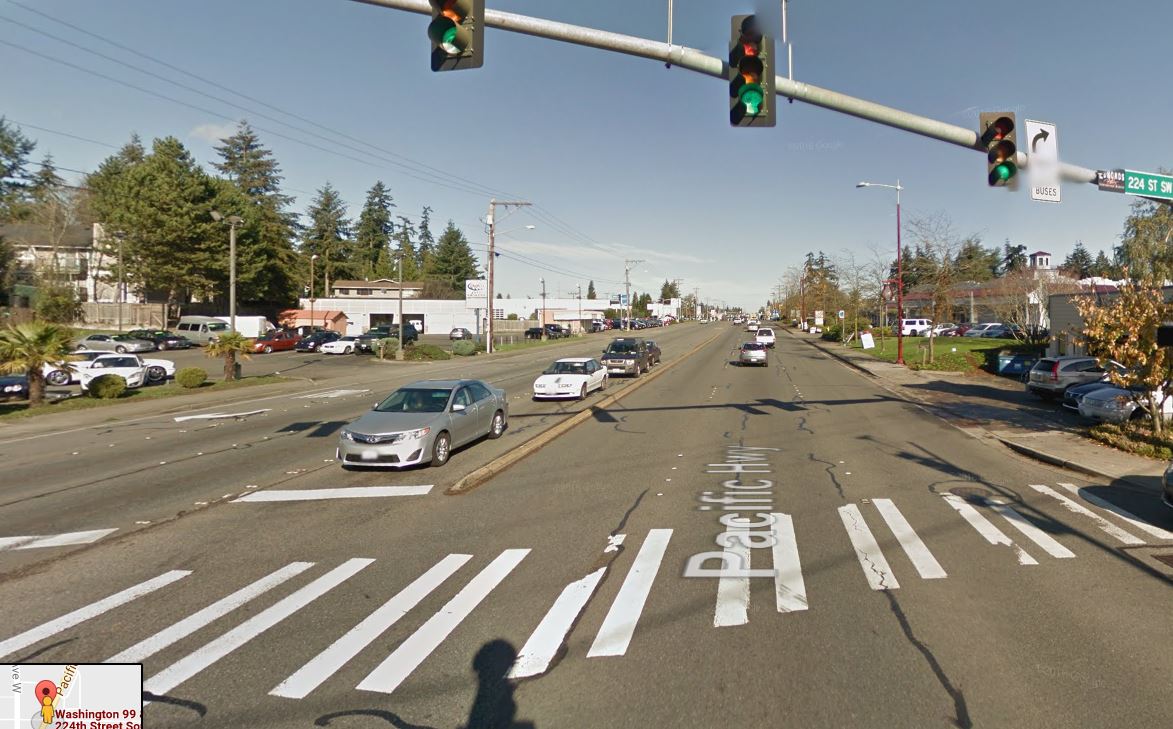 The victim of a pedestrian accident that took place on Highway 99 (Pacific Highway) near Edmonds has retained Davis Law Group to represent him in possible legal action.

The accident took place on September 2, 2016 at the intersection of Highway 99 and 224th Street Southwest in Edmonds, Washington.

At around 11:00am the victim was in the crosswalk, crossing with the walk signal when a car turning onto Highway 99 stopped in the intersection to allow him to proceed across the street.  However, the driver of a 2005 Dodge Dakota grew impatient and went around the stopped car and proceeded into the middle lane and hit the victim.  He was thrown onto the hood of the vehicle and crashed through the windshield.  He was knocked unconscious and was bleeding from the head.  He was transported via ambulance to an area hospital.