The Washington State DOC failed to follow its own policies in supervision of high violent offender, that caused injury and death, even after receiving multiple notices of the offender's known location. The offender had an extensive criminal history, including a 2002 conviction of child selling and eight previous felony convictions 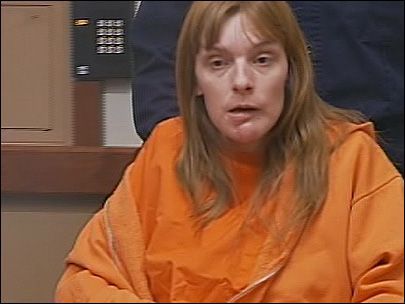 Wrongful death attorney Chris Davis, the founder and principal of the Davis Law Group in Seattle, recently settled a lawsuit against the State of Washington Department of Corrections (DOC), and convicted felon Virginia Christine Ramsey (Case No. 11-2-13537-9). The lawsuit alleged that the DOC failed to adequately monitor and supervise a dangerous felon under the State’s community supervision. That felon ultimately caused a high speed car crash that killed one person and severely injured another.

On July 26, 2010, Ramsey was spotted driving erratically by police. A high speed police chase ensued which ended with a violent crash involving another vehicle operated by Doug Simmons, who was killed instantly. Mr. Simmons’ passenger, Holly Mattson, received life-threatening injuries but survived the deadly collision. According to a toxicology report, Ramsey was found to have been under the influence of illegal drugs at the time of the crash. Ms. Ramsey was a convicted felon under the supervision of the Department of Corrections. She had an extensive criminal record – more than 40 total criminal convictions – and had been under the DOC’s supervision on at least three prior occasions since the year 2000.

The DOC had classified Ramsey as a “high violent” and “high risk” offender which, according to official policy, required the DOC to provide the highest level of monitoring and supervision. Specifically, the lawsuit alleged that the DOC failed to timely issue an arrest warrant for Ramsey after she violated her community supervision several months before the collision, and then failed to perform reasonable efforts to locate her even when an informant reported her whereabouts on multiple occasions. The DOC vigorously denied any wrongdoing, and filed several motions asking the court to dismiss the action and/or limit the amount of damages that could be recovered.

Nearly a Decade of Criminal Offenses

This was hardly Ramsey's first brush with the law, however, as she had developed quite an extensive criminal history over the years. In addition to charges of domestic violence, assault and possession of controlled substances, Ramsey was convicted in 2002 with child selling – a class C felony, according to RCW 9A.64.030 – after she tried to sell her infant child to a family friend for $2,000.

Ramsey had violated the conditions of her release well ahead of the collision by failing to check in with DOC officials, and a former acquaintance had even gone so far as to provide the DOC with her last known location. An investigation into the DOC's policies later found that the informant's information was accurate.

Despite Ramsey being under the DOC's supervision on three separate occasions in the past, department officials failed to investigate the informant's tip and she remained free on the streets.

The DOC agreed to the $3.4 million dollar settlement on the first day of trial, and just before the attorneys were to begin jury selection. A portion of the settlement will be used to help support Mr. Simmons’ two surviving children. The settlement will also be used to compensate Ms. Mattson who continues to require medical treatment and additional support as a result of her injuries.