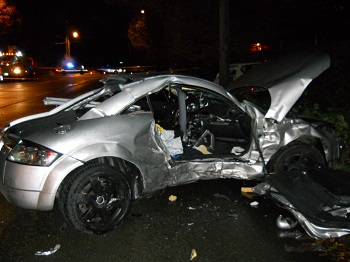 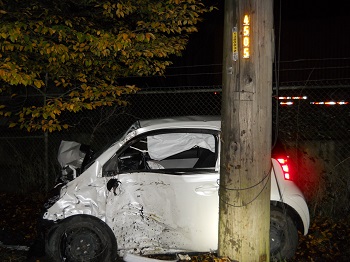 A victim of a West Seattle DUI-street-racing crash has retained the Seattle drunk driving accident lawyers Davis Law Group to represent him in possible legal action.

On November 1, 2016, an Audi Quattro TT and a 2013 Toyota Scion were involved in a serious crash on West Marginal Way Southwest in West Seattle.

When police arrived they found the Audi facing westbound in the southbound lanes.  The Toyota was found facing southbound on the sidewalk where it had crashed into a telephone pole.

Witnesses reported that the Audi had been involved in a street race with another vehicle when it suddenly spun out of control and collided with the Toyota which was lawfully traveling on the same road.  The unidentified car that was involved in the street racing left the scene after the crash.

Officers from the Seattle Police Department’s DUI squad were called to the scene and arrested 19-year-old Trevor Muna for vehicular assault.  Muna later admitted to both alcohol and marijuana use while operating the vehicle.  Police found alcohol in the Audi.  Investigation and court documents indicate that scene evidence including tire marks indicate a high rate of speed.

First responders had to use the jaws of life to extract the victims from the vehicles and they were then transported to Harborview Medical Center for emergency medical treatment.  Our client, a passenger, suffered a traumatic brain injury; broken femur; broken scapula; punctured lung; broken rib; and lost 5 teeth.

CALL FOR WITNESSES:  Investigators working for Davis Law Group are looking for the unidentified vehicle that was involved in the illegal street race.  Attorney Chris Davis is asking that any persons who saw this incident; who may have come upon the scene after the crash; took photos/video; anyone who may have tried to offer assistance on the scene or who had any contact with any of the victims; or anyone who has any information about the accident to please call Davis Law Group at 206-727-4000.

NOTICE TO THE MEDIA:  Any and all requests for information or news media interviews must be directed Davis Law Group.  Please ask for Mischelle. 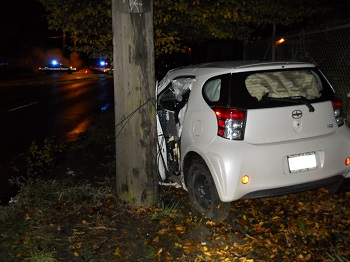 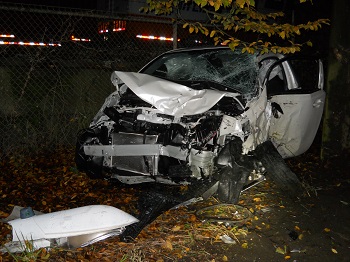 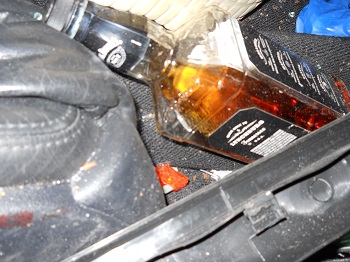 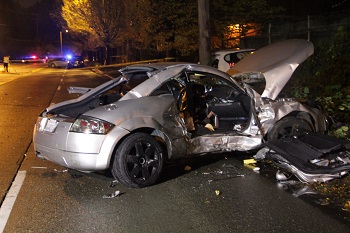 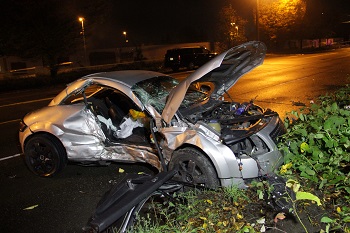