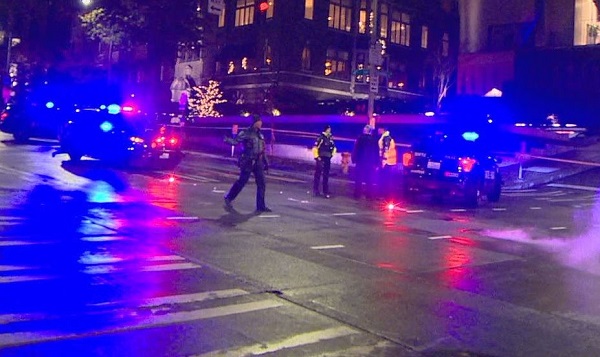 A 60-year-old woman who was critically injured after an UberX struck her as she was crossing Columbia Street in downtown Seattle has hired pedestrian accident attorney Chris Davis and the crosswalk legal team at  Davis Law Group to represent her possible legal action against the driver and Uber.

The UberX driver of a Ford Escape was traveling west on Columbia Street around 6pm on December 4, 2019 and attempted to make a right turn onto Fourth Avenue when it hit the pedestrian who was inside the marked crosswalk.

First responders transported the victim to Harborview Medical center where she spent days in critical condition in the intensive-care unit.

Multiple local news outlets reported the story as downtown traffic was backed up for several hours.  There is a great deal of pedestrian traffic in the area as it is right near Columbia Tower, The Rainier Club and F5 Tower.