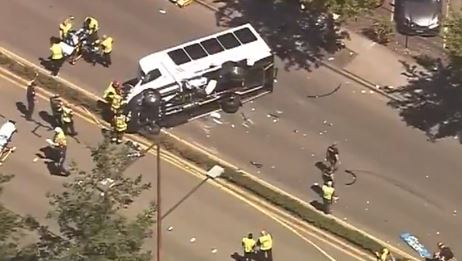 Davis Law Group, P.S. has been retained by one of the victims of a horrific Seatac-area Marriott airport shuttle rollover accident in which one person died and several others were injured.

Investigators say a 45-year-old passenger was killed when he was ejected and crushed.

Davis Law represents a 43 year-old-woman who suffered a serious head injury as well as injuries to her back, neck and right shoulder.