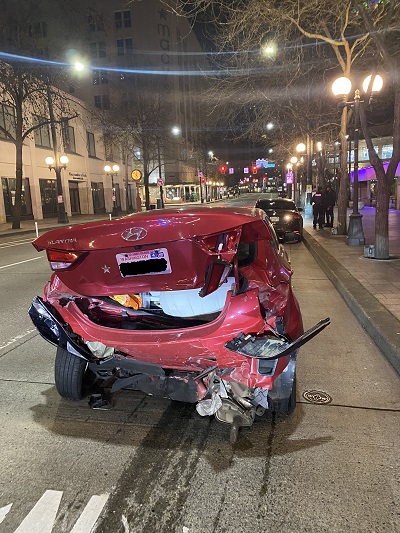 A man who was injured in a serious rear-end car accident in downtown Seattle has retained car accident attorney Chris Davis and the team at Davis Law Group to represent him in possible legal action against the at-fault driver.

The accident happend at the intersection of 4th Avenute and Pine Street on a night in April 2021.  The victim was driving 2015 Huindai Alantra.The at-fault driver was in a 2019 Nissan Altima. Witnesses on the scene said that the driver of the Nissan appeared to be asleep at the wheel.

The victim suffered serious injuries to his neck, shoulder, and leg. In addition he has a head-injury, blurred vision, and PTSD.