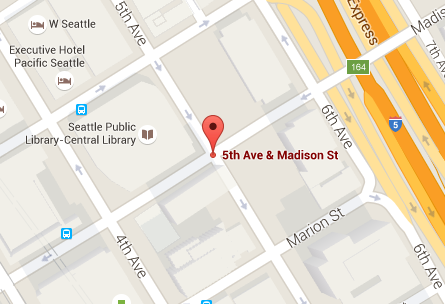 A 59-year old, Canadian computer since professor has hired Davis Law Group, a Seattle-based civil litigation firm, to represent him in possible legal action related to a pedestrian that took place on January 5, 2016 on the corner of 5th Avenue and Madison Street in Seattle.

The professor had just flown into Seattle from Canada to attend a conference.  He took the Sound Transit Link Light Rail from the airport into Seattle  He was walking from the station to his hotel pulling a wheeled suit case when he was struck by a motor vehicle.  He was in a marked crosswalk with the signal in his favor when the driver of the vehicle made a left turn and hit him.

He was immediately taken to Harborview Medical Center for serious injuries which later required surgery.

The professor was the victim of this pedestrian accident.  The actions and conduct of the at-fault driver has been under investigation by the Seattle Police Department.

Investigators working for Davis Law Group are also looking into the circumstances which caused this accident.  Attorney Chris Davis is asking that any persons who saw this incident; who may have come upon the scene after the crash; took photos/video; anyone who may have tried to offer assistance on the scene or who had any contact with any of the victims; or anyone who has any information about the accident to please call Davis Law Group at 206-727-4000.