The victims of an automobile accident involving an Uber were seriously injured and have retained the Uber accident attorneys at Davis Law Group to represent them in possible legal action against the at-fault drivers. 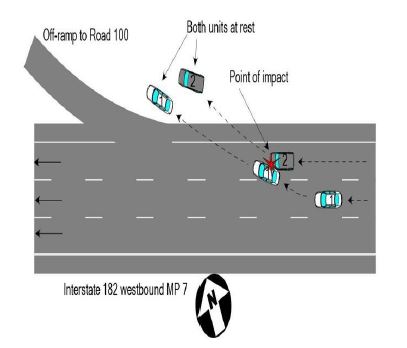 In September 2018 the Kirkland couple were backseat passengers in an 2008 Audi Q7 which was operated by an Uber driver.  According to the Washington State Patrol accident report, the Uber vehicle was headed westbound on Interstate-182 near milepost 7 when they were struck by the driver of a 2007 Nissan sedan attempting to change lanes to the right in order to take an exit.  Both vehicles left the roadway and came to rest in a ditch.

The Uber passengers were injured and immediately sought medical treatment at a nearby emergency room.  The more serious injuries involve vertebra compression fractures of the neck which cause constant pain in the neck and arms.

The actions and conduct of the drivers of both vehicles is currently under investigation by the Washington State Patrol.  At this point it has not been determined whether drugs or alcohol may have been involved in the crash.