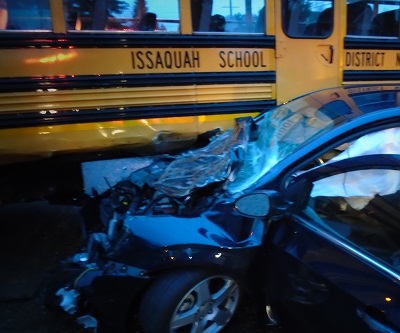 UPDATE: This case was resolved via out-of-court settlement just weeks before a jury trial was set to begin, in January 2021. You can read more about the case here.

Attorneys at Davis Law Group, P.S. have filed a civil lawsuit on behalf of a man who was seriously injured in a school bus accident caused by a driver working for the Issaquah School District.  The case is set for trial in June of this year.

According to law enforcement investigation documents, on January 9, 2017 at approximately 7:15am the accident victim was driving a 2016 Chevy Sonic LS westbound on NE 4th Street in Renton.  At the same time the 2010 Bluebird Issaquah school bus (No. 411) was filled with students and traveling southbound on 155th NE.

The school bus stopped at a stop sign but failed to yield to traffic as he attempted to execute a left-hand turn.  The school bus effectively blocked all four lanes of NE 4th Street and left the victim no opportunity to avoid the collision.​ See map of accident location.

The front end and passenger side of the Chevy came into direct contact with the middle of the driver’s side of the school bus.  The Chevy sustained serious damage.  See more photos.

Officers that investigated the crash scene cited the bus driver for failure to grant the right of way to the driver of the Chevy (RCW 46.61.185). The lawsuit claims that the defendant school bus driver acted negligently and ultimately caused the crash. Read complaint for damages.

The accident victim suffered serious bodily injuries including fractures to the arm and nose; back and neck injuries; a brain bleed; and other injuries which required multiple surgeries.  Three years after the accident the victim is still recovering from his injuries.  He and his family would like their privacy to be respected while he is in the healing process.

According to the police report none of the student passengers complained of injuries immediately following the crash. 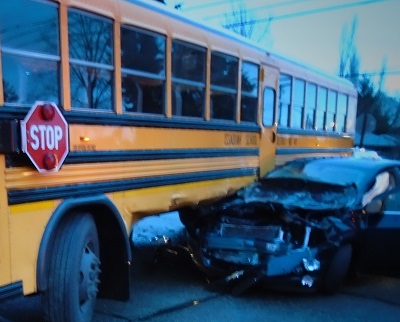 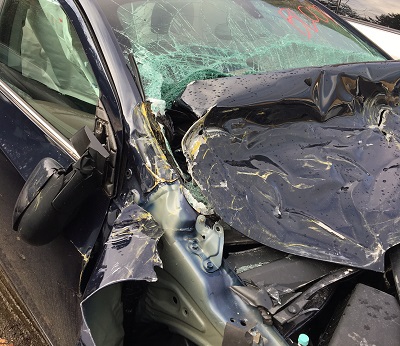 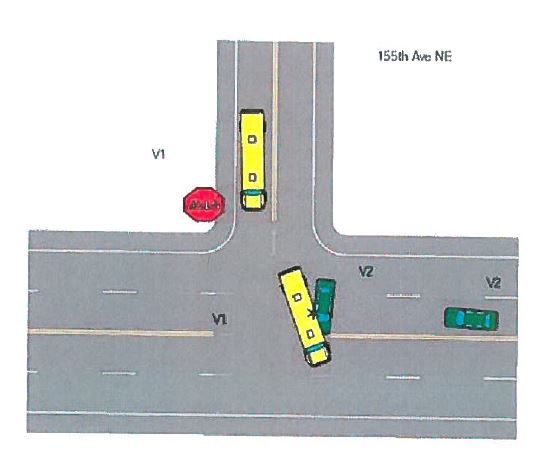