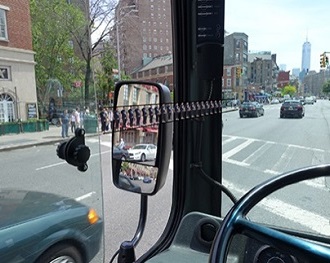 A settlement has been reached in the case of a woman who was tragically killed in an accident involving a King County Metro bus at the Northgate Transit Center in December of 2015.  The left-turning Orion model King County bus struck the 94-year-old woman as she walked with the assistance of a cane in the marked crosswalk.

The driver field to yield to the pedestrian who had the WALK signal in her favor.  She was pinned under the coach and died due to blunt force injuries to the head, torso and extremities.  She was pronounced dead at the scene. 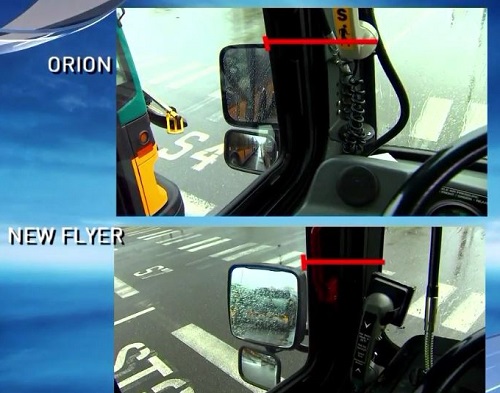 Orion model buses owned by Metro have a serious blind spot issue.  There is an 8-inch wide post on the left side of the windshield which consists of a meta strip encased in fiberglass which creates a blind spot that can block the driver’s view of pedestrians as the bus makes a left turn.  Investigations into previous cases found that drivers frequently told police that they did not see the pedestrian at all before the collision because their vision was blocked by the post.  Safety experts say that the design flaw can be easily fixed for less than $300 per bus.

Although King County has been aware of the safety issues with the Orion buses for some time, attorney Chris Davis of Davis Law Group had file a wrongful death lawsuit on behalf of the victim’s surviving family members in King County Superior Court (16 2 15326 7 SEA) in order to force King County Metro to fully disclose the extent of the problem and force them to pay a fair settlement.

The driver of the bus had a service record that showed at least 11 reported complaints of ‘Careless Driving’ in the years before the accident including incidents of speeding, red-light-running, and talking on his cellphone while operating the bus.  He had been involved in 27 separate accidents and/or incidents that were investigated by Metro—several were found to be ‘preventable’ including one that happened less than 6 months before the Morrison tragedy.

Legal action is often required to protect the health and safety of the public.  Unfortunately, lawsuits and large settlements are sometimes necessary to get the attention of governmental entities, corporations or business and to force them to change policies/procedures or to take steps to address safety issues.  The possibility of future lawsuit/settlements can deter those responsible from repeating their negligence or misconduct by giving them economic incentive to act in a more safe and responsible manner.

Davis successfully negotiated with King County on behalf of the surviving family members and reached a pre-trial settlement of $1,350,000.00.