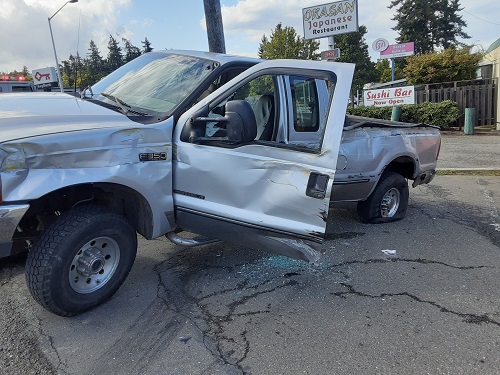 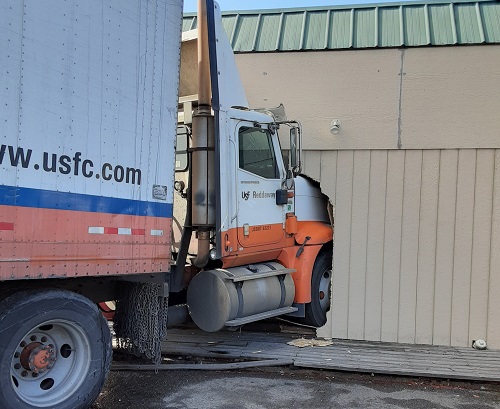 Davis Law Group has been retained to represent a man who was injured when a runaway tractor trailer hit his pickup truck before driving into a building.

On September 25, 2020 the victim was parking his Ford F350 at Thurman Supply in Port Angeles when a nearby semi that was parked to unload cargo suddenly began to roll down a steep hill towards him.  The semi travel at least 50 feet before striking the Ford truck pushing it across the parking lot until is came to rest on a parking barrier.  The semi then continued moving forward and struck the nearby Okasan Japanese restaurant.

The semi penetrated the side of the restaurant near the lobby and bathroom.  No restaurant patrons were injured.

The 2005 International semi, owned by USF Reddaway Inc. of Tacoma, was later found to have experienced brake failure.

The victim of this runaway semi accident experienced bruising, back injuries, spinal fractures, fractured ribs and other injuries.  He required several surgeries.  At the scene, he was transported to Olympic Medical Center Emergency Room.  Now, six months later, the victim is still recovering from his injuries.