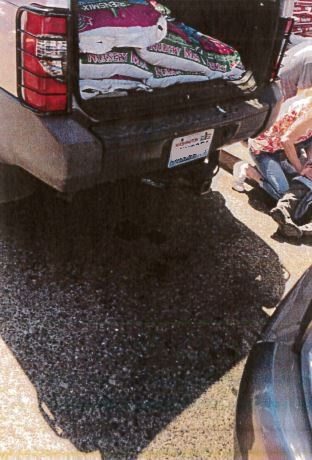 The victim of an Elma, WA pedestrian accident that was caused by an elderly driver has retained the crosswalk accident lawyers at Davis Law Group to represent him in possible legal action against the at-fault party.

The accident took place in April 2019 in front of the 4th Street location of Dennis Company / ACE Hardware in Elma, WA.  The 85-year-old, elderly driver of a GMC Sierra pickup slammed into an unoccupied/parked Chevrolet pickup pushing it more than 6 feet forward into a Nissan Xterra that was in front of it.  The victim had been loading items into the back of his Nissan Xterra and was pinned between the two vehicles.

An off-duty law enforcement officer had just pulled up to the store and witnessed the accident.  He immediately jumped to render assistance.  Reports indicate that the 85-year-old driver had been attempting to park his car when he mistook the accelerator for the brake.   The Sierra was still accelerating, and the rear tires were spinning as the officer opened the driver-side door and attempted to get the driver to take his foot off the accelerator and backup the truck.  The elderly man was so confused and frozen by fear that the officer had to forcibly remove the gentleman from the vehicle so it could be put in reverse by the officer.  A bystander helped to move the Chevy.

Once the victim was freed from in-between the two vehicles the off-duty officer immediately rendered medical assistance.  He created a tourniquet using a leather belt from inside the store.  Later EMTs arrived to take over the medical treatment.  He was later airlifted to Harborview Medical Center for emergency surgery.

The victim suffered broken legs (both legs, upper and lower legs), knee injuries, nerve damage, and other images to his back and neck.

The 85-year-old later told police, “It leapt forward and slammed into the truck in front of me…I tried to stop it, but could not get the vehicle out of gear or turned off.”

The elderly driver was cited for negligent driving.