January 15, 2014 - Seattle attorney Chris Davis of Davis Law Group, P.S. has filed a lawsuit on behalf of plaintiff Brittany Jackson, claiming that United Parcel Service (UPS) and one of its drivers acted recklessly and negligently by causing an accident that seriously injured Ms. Jackson while she was a pedestrian in a marked crosswalk moving with the walk signal.

The collision seriously injured Ms. Jackson. According to the lawsuit (Brittany A. Jackson vs. Ujited Parcel Service, Inc., Carl A. Scammon, 14-2-0-1537-2 KNT) filed in King County Superior Court, UPS and its driver Carl Scammon violated traffic laws and failed to act in a reasonable and prudent manner by hitting a pedestrian. 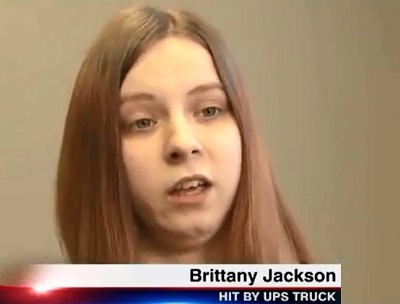 On November 18, 2013, Scammon operated a delivery truck owned by UPS and was on a route through Tukwila, Washington. Brittany Jackson was a pedestrian at the intersection of Andover Park West and Minkler Blvd in Tukwila, Washington.   After pushing the button to activate the pedestrian walk single; the signal changed and attempted to cross the street in a marked crosswalk.  The UPS truck approached the intersection but did not stop before making a right turn and striking Jackson in the crosswalk.

After briefing pulling over and interacting with Jackson, Scammon got back to the delivery truck and drove away---approximately 3 minutes after hitting her with the UPS truck.  The plaintiff is alleging that the UPS driver knowingly left the scene of an accident.  As a result of the driver’s negligent and reckless conduct, the pedestrian was seriously injured and has incurred tens of thousands of dollars in medical costs.

More Coverage of this Case: