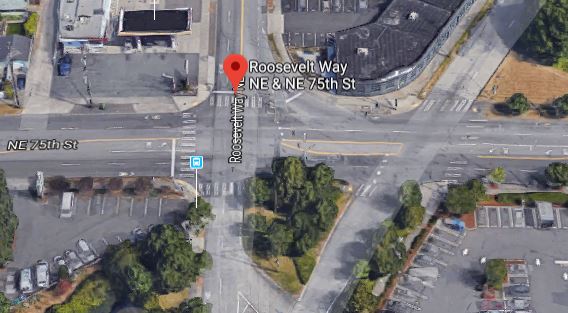 The victim of a serious pedestrian collision has retained Davis Law Group to represent him in possible legal action related to the crosswalk accident that took place on June 1, 2018 at the intersection of Roosevelt Way NE and NE 75th Street in Seattle.

According to witnesses at approximately 6:01 PM pm the victim was crossing 75th inside the marked crosswalk with the crossing light when he was hit by a woman driving a late 90s model Honda Civic and thrown approximately 30 feet.  The driver later told investigating officers that she got confused by the yellow traffic lights.  However, witnesses stated that the driver ran a red light before colliding with the pedestrian.

The victim was transported to Harborview Medical Center where he was treated for a skull fracture, brain bleed, and bodily injuries to his arms, legs, back and chest.  He was in a coma for 12 days and remained at Harborview for well over a month.  He will need long-term medical treatment and rehabilitation.